Neil Patrick Harris inadvertently called out Whoopi Goldberg during his appearance on The View last week.

When the star of How I Met Your Mother began discussing his childrens’ birthday party, Goldberg began to laugh. The confused panel then turned their attention to Goldberg and questioned why she was laughing. “I’m laughing because I remember you at that age,” she responded.

Harris then told the panel that he filmed his first movie with Goldberg. “A movie called Clara’s Heart and we worked together on that,” Harris said. “She told me — I was what, 15-16-years old — she told me on my last day of shooting, that in ten years time she was going to have sex with me.”

“I might’ve,” Goldberg responded. “He had many questions as a kid and so I said listen, wait ten years and I’ll take you through it.”

“See, in those days you could actually have some fun like that. Can’t do that now,” Goldberg added. 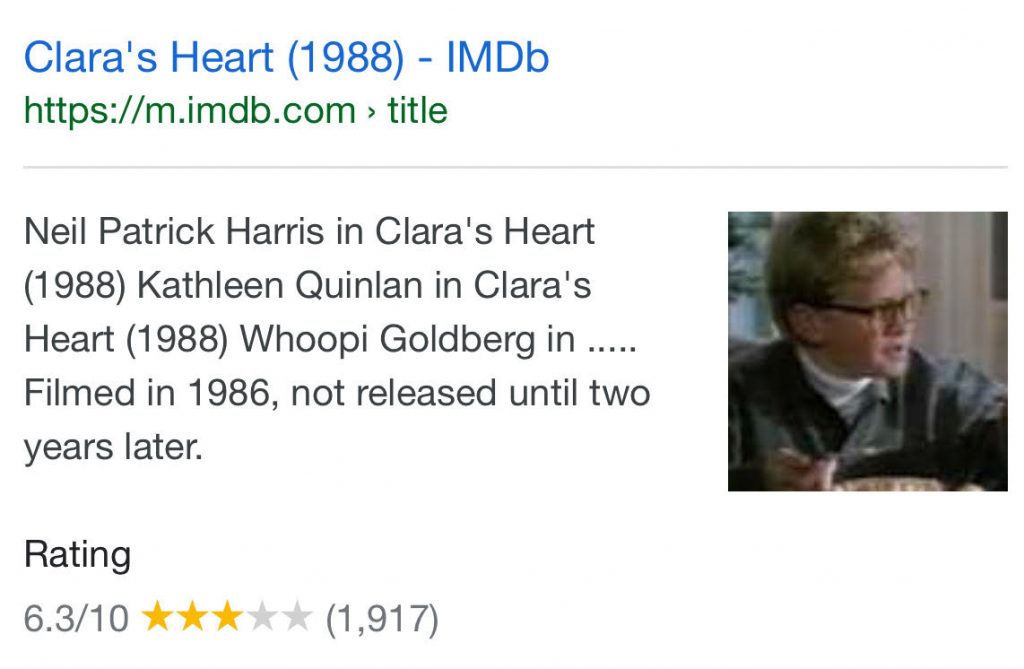