78 year old, actorvist, James Cromwell, has predicted that “if we don’t stop Trump now, there will be blood in the streets.”

The actor and activist, most famous for his role as farmer, Arthur Hoggett in the 1995 movie ‘Babe’ (et.al), inferred that that Trump was a fascist dictator and that America was dangerously close to losing its democracy.

Variety reported that Cromwell made the “candid comments” during a quick Q & A, while walking up the red carpet. He was attending an award ceremony where he was also “honored for his work as a character actor.”

According to Variety, Cromwell said:

This is nascent fascism. We always had a turnkey, totalitarian state — all we needed was an excuse, and all the institutions were in place to turn this into pure fascism […] If we don’t stop [President Trump] now, then we will have a revolution for real. Then there will be blood in the streets.

“We’re living in very curious times, and something is coming up which is desperately important to this country and to this planet, and that is an election, in which hopefully in some measure we are going to take back our democracy. 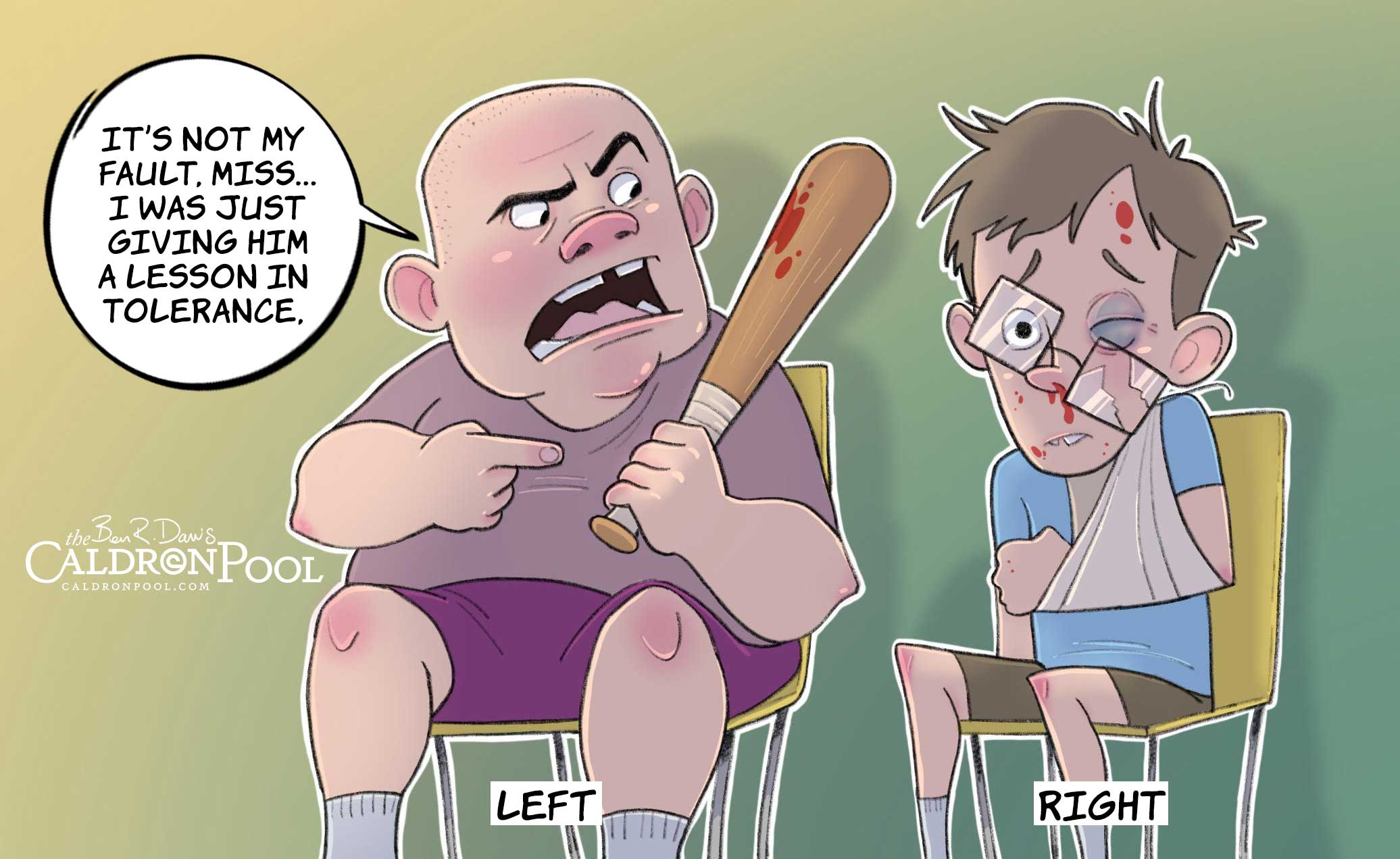 We will have a government that represents us and not the donor class. We will cut through the corruption, [and] we won’t have to do what comes next, which is either a non-violent revolution or a violent one, because this has got to end.”

If Cromwell is right, and America is heading for totalitarian rule, it’s difficult to see how Cromwell was able to freely speak his mind in public. Let alone be free to give a speech. All while moving without hindrance into an award ceremony where he was honored for his work. This was all achieved without a special security detail to ward off any potential harassment from the alleged fascist dictator and his totalitarian minions.

Cromwell gave his speech in relative safety, was celebrated by his peers, and spoke his mind in public without fear of harassment; inferring that a bloody revolution needs to take place, in order to restore America to democracy.

It’s a pity that the same cannot be said for Conservatives like Ben Shapiro, who, when giving a speech at UC Berkley in 2017, saw the “Campus pay an approximate $600,000 for security, in order to anticipate violent protests” from the allegedly anti-Fascist, Leftist movement, Antifa.

If we add onto this, examples of people being assaulted for wearing MAGA hats, public personalities advocating for the assassination of Donald Trump, or the calls for people to harass Trump supporters and Trump administration officials, perhaps Cromwell is looking in the wrong direction.

If the fires of fascism are being stoked, Trump isn’t stoking the fire.

Exhibit A): 15 Stars Who Imagined Violence Against Donald Trump.

Exhibit B): 12,000 Assassination tweets: Trump’s Social Media Presence is a new challenge for the Secret Service

And who can forget the September 13, 2016, Washington Post article by Shalom Auslander, headlined: ‘Don’t Compare Donald Trump to Adolf Hitler. It belittles Hitler.’

Or more recently, Democrat, Maxine Waters calling for the public harassment of men and women in the Trump administration: “Tell them they’re not welcome.”

If James Cromwell is right, the “nascent fascism” isn’t coming from opponents of the Left, it’s coming from those on the Left.