Muslim activist, Yassmin Abdel-Magied, was born in Khartoum, Sudan. After an Islamic military coup overthrew the government, Yassmin and her family fled to the safety of Australia.

Since moving to Australia, Yassmin has found freedom, wealth, “fame,” and success. All of these, of course, were graciously secured for her through the selfless sacrifices of our Anzac heroes.

Yet in a display of incredible ingratitude, Yassmin now maintains her “fame” by disrespecting, not the violent, Islamic country she fled, but the country that accepted her, and that now grants her all the freedoms she has.

Last year Yassmin copped criticism after posting on Facebook: “Lest We Forget (Manus, Nauru, Syria, Palestine…).” Following the backlash, Yassmin amended the post to say, “Lest. We. Forget… It was brought to my attention that my last post was disrespectful, and for that I unreservedly apologise.”

Well, it now appears that Yassmin’s apology was not at all sincere. Yesterday she endorsed a former GetUp! director’s call for thousands to tweet, “Lest We Forget (Manus)” on Anzac day. Yassmin retweeted the call, urging her followers to, “Do it.” 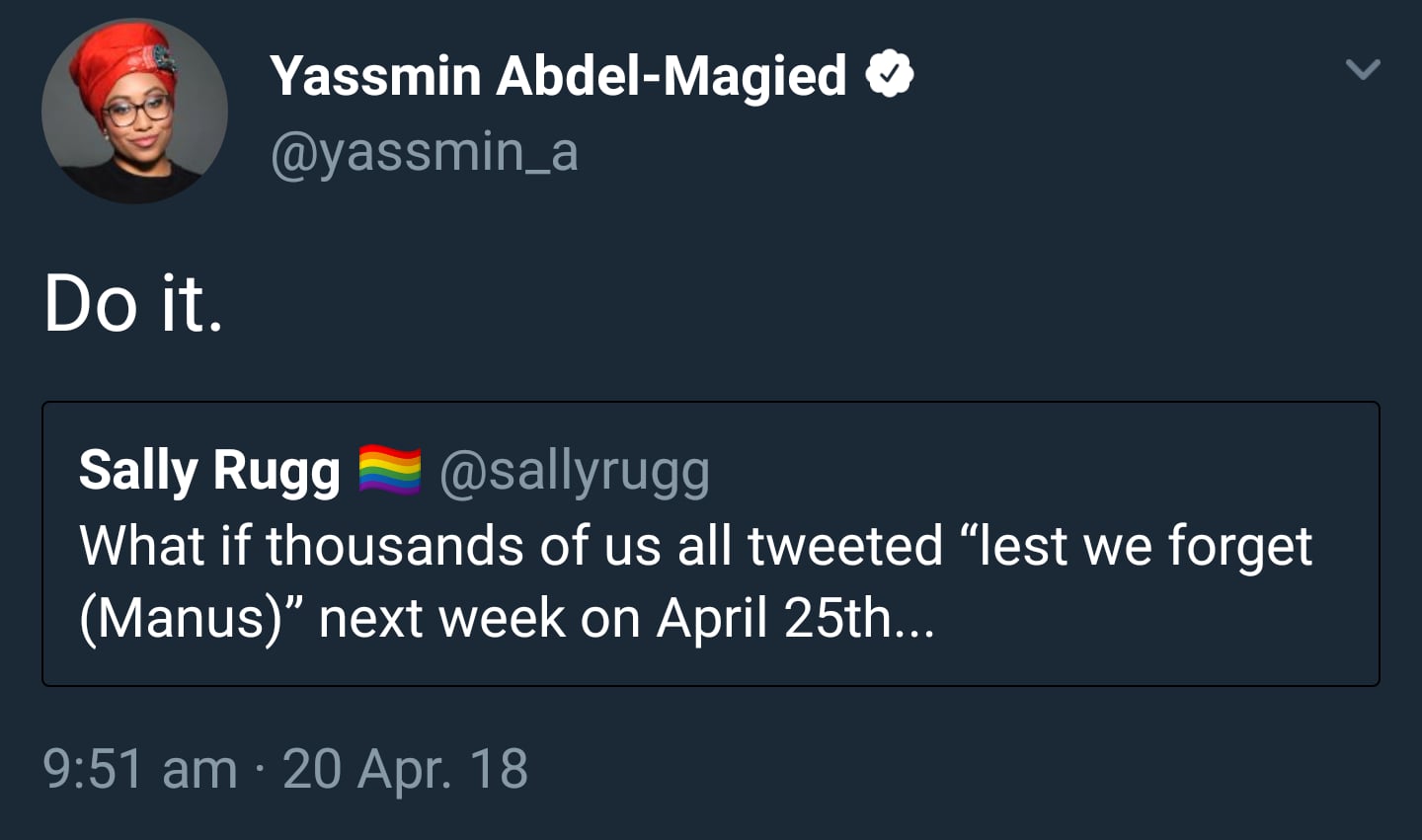