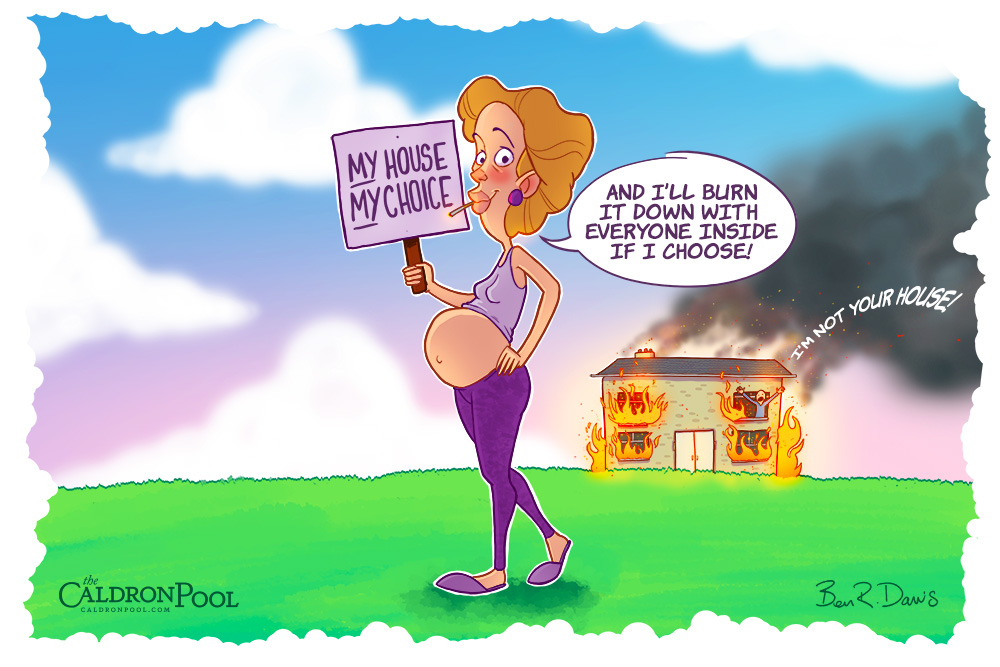 “One often hears the rallying cry from pro-choice advocates: ‘my body, my choice.’ Certainly, they exercise a choice, but, it is not just ‘my body’. There are two (2) bodies, each genetically distinct, and each ‘foreign’ to the other. It should be recognized that the body of the early embryo is very active in its daily rituals of survival.

Prior to about 14 days post-fertilization the embryo becomes composed of two layers, an upper or epi-layer, and a lower or hypo – layer. At 14 days a third layer appears wedged in between the upper and lower layers. At this time the cells of this third layer are dividing and the direction of movement of those cells is mostly toward the cranial end of the embryo, but also a lesser number and movement toward the caudal end of the embryo. This division and movement of the cells produces a primitive streak. Subsequently, the shape and form of the embryo change dramatically. Such phenomena as bending, folding and pleating sculpture the embryo into a more definitive form. This is largely brought about by differential proliferation. In other words, some cells, or groups of cells divide faster or slower than others. This changes the appearance and form of the embryo.

Every moment of development blends into the next succeeding moment. But, even common sense tells one that this so-called development does not cease at birth. It continues until death. At any point in time, during the continuum of life, there exists a whole, integrated human being. This is because over time from fertilization to a 100 year old senior, all of the characteristics of life change, albeit at different rates at different times: size, form, content, function, appearance, etc.”

This except was taken from Dr. Kischer’s article, When Does human life begin? The final answer, posted by the American Life League.