If COVID-19 has taught us anything it’s that the Chinese government cannot be trusted. Please note that I said communist regime and not people. My statement is not motivated by some kind of latent anti-Asian racism. Instead, my aim is directly targeted against the Chinese Communist Party who must accept at least part of the blame and responsibility for the current global pandemic.

Back in 2007 a report in the Clinical Microbiology Review concluded (emphasis mine) that:

The presence of a large reservoir of SARS-CoV like viruses in horseshoe bats, together with the culture of eating exotic mammals in southern China, is a time bomb. The possibility of the re-emergence of SARS and other novel viruses from animals or laboratories and therefore the need for preparedness should not be ignored.

Obviously, the reasons for the spread of COVID-19 are multi-faceted and complex. But one aspect that should not be overlooked is the negligence of the Communist Chinese government. As The New York Post reported:

Xi didn’t actually admit that the coronavirus now devastating large swaths of China had escaped from one of the country’s bioresearch labs. But…evidence emerged suggesting that this is exactly what happened, as the Chinese Ministry of Science and Technology released a new directive titled: “Instructions on strengthening biosecurity management in microbiology labs that handle advanced viruses like the novel coronavirus.”

Read that again. It sure sounds like China has a problem keeping dangerous pathogens in test tubes where they belong, doesn’t it? And just how many “microbiology labs” are there in China that handle “advanced viruses like the novel coronavirus”?

It turns out that in all of China, there is only one. And this one is located in the Chinese city of Wuhan that just happens to be … the epicentre of the epidemic.

That’s right. China’s only Level 4 microbiology lab that is equipped to handle deadly coronaviruses, called the National Biosafety Laboratory, is part of the Wuhan Institute of Virology.

What’s more, the People’s Liberation Army’s top expert in biological warfare, a Maj. Gen. Chen Wei, was dispatched to Wuhan at the end of January to help with the effort to contain the outbreak.

According to the PLA Daily, Chen has been researching coronaviruses since the SARS outbreak of 2003, as well as Ebola and anthrax. This would not be her first trip to the Wuhan Institute of Virology, either, since it is one of only two bioweapons research labs in all of China.

Does that suggest to you that the novel coronavirus, now known as SARS-CoV-2, may have escaped from that very lab, and that Chen’s job is to try to put the genie back in the bottle, as it were? It does to me.

While many would immediately dismiss this kind of argument as an unfounded conspiracy theory, it gains strength when one considers that, according to multiple news sources, the wet markets in Wuhan have recently been re-opened, including the sale of exotic animals such as bats! What’s more, while official Chinese government sources recorded approximately 2,500 people as dying in the province, it is estimated that 40,000 urns will be distributed to Wuhan’s eight mortuaries over the coming weeks.

Another subsequent development is that, according to The Economist, just six weeks ago, China had the worst-performing stock market in the entire world. However, now that it has control of the Coronavirus it has now the best-performing. 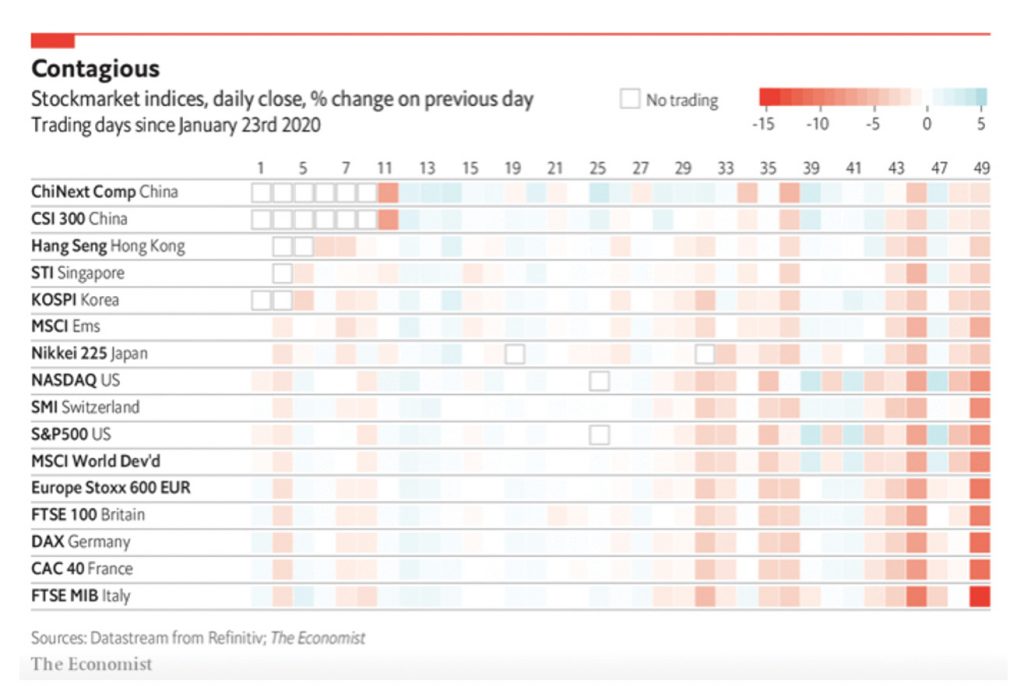 Very few politicians in Australia have ever had the guts to speak out against China. Maybe that’s because both sides of politics have been hopelessly compromised, such as the former disgraced Labor MP and sinophile, Sam Dastyari. But he’s by no means not alone. I mean, how on earth could Andrew Rob oversee the ninety-nine-year lease of the Port of Darwin to the Chinese? Significantly, The Sydney Morning Herald reported back in 2017:

A secret letter to former trade minister Andrew Robb reveals that his consulting deal with a company closely linked to the Chinese government contains terms so vague and ill-defined he gets paid $880,000 a year even if he does nothing. Former NSW Supreme Court judge Anthony Whealy, who examined the terms of the leaked letter from Chinese firm Landbridge to Mr Robb, said that “on the face of it, he is required not to do anything and still get a whacking great fee”.

There has been one politician though, who has been willing to call them out. And that’s the federal member for Canning, Andrew Hastie. Maybe that’s because as a former SAS captain he’s not afraid to stick his head above the parapet. Just see, for instance, what he writes in the forward for Destined for War: Can America and China Escape Thucydides’ Trap? by Graham Allison.

Almost single-handedly, Hastie has been signalling the alarm regarding China. In an important opinion piece for The Sydney Morning Herald, Hastie wrote:

…We must be intellectually honest and take the Chinese leadership at its word. We are dealing with a fundamentally different vision for the world. Xi Jinping has made his vision of the future abundantly clear since becoming President in 2013. His speeches show that the tough choices ahead will be shaped, at least on the PRC side, by ideology – communist ideology, or in his words, by “Marxist-Leninism and Mao Zedong Thought”.

Significantly, Hastie is the Chair of the Parliamentary Joint Committee on Intelligence and Security, which recently decided that all foreign investment in Australia would need Federal government approval. According to the ABC, this is to stop international raids on struggling companies hit by coronavirus pandemic.  Hastie was reported as saying:

Aussie businesses have taken some big hits through the COVID-19 pandemic.

We need to protect our most vulnerable from authoritarian states angling for bargains through their business fronts.

There won’t be a fire sale on our watch.

In the wake of COVID-19, this is a prudent and even necessary move. Because tragically, Australia’s culture has been largely lost because politics is now dominated by money rather than any unified set of cultural values, and in particular it’s spiritual heritage through the Judeo-Christian faith.