Following global protests demanding action on climate change, Greta Thunberg and 15 other young activists filed a complaint with the U.N. against Germany, France, Brazil, Argentina and Turkey for not taking enough action to ward off global warming.

Some have labelled Greta the inspirational leader the world desperately needs. Others have suggested she’s being exploited by the adults around her, because regardless of what she says, who could criticise a kid? Of course, that doesn’t include smirking, MAGA-hat wearing Catholic schoolboys, does it? 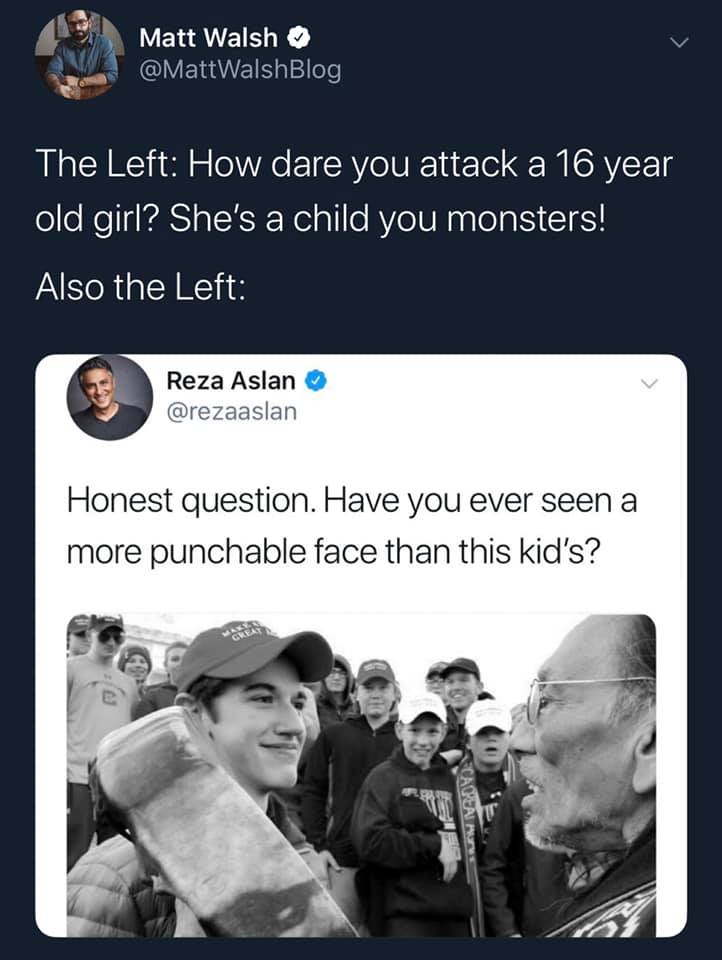 At any rate, the video is uncomfortable viewing. And it should remind us that these really are just kids, not experts on anything in particular, and they should be treated as such by both the foolish media fawning over them and by those of us who can see they’re simply being used by activist adults around them.

The full video can be viewed here.