An Australian feminist research group is urging people to drop the phrase “pregnant women” because “people of all genders can become pregnant.”

In a post on Facebook, The Equality Institute said the phrase “pregnant people” should be used in place of the gender specific “pregnant women,” which is neither considerate nor inclusive of “trans and non-binary folk.”

“Consider all people when using language – inclusive trans and non-binary folk – and ensure that your language is inclusive of everyone, when talking about pregnancy or anyone else. Language matters.”

“Instead of saying: ‘pregnant women,’ try using the phrase: ‘pregnant people’ because people of all genders can fall pregnant,” they added. 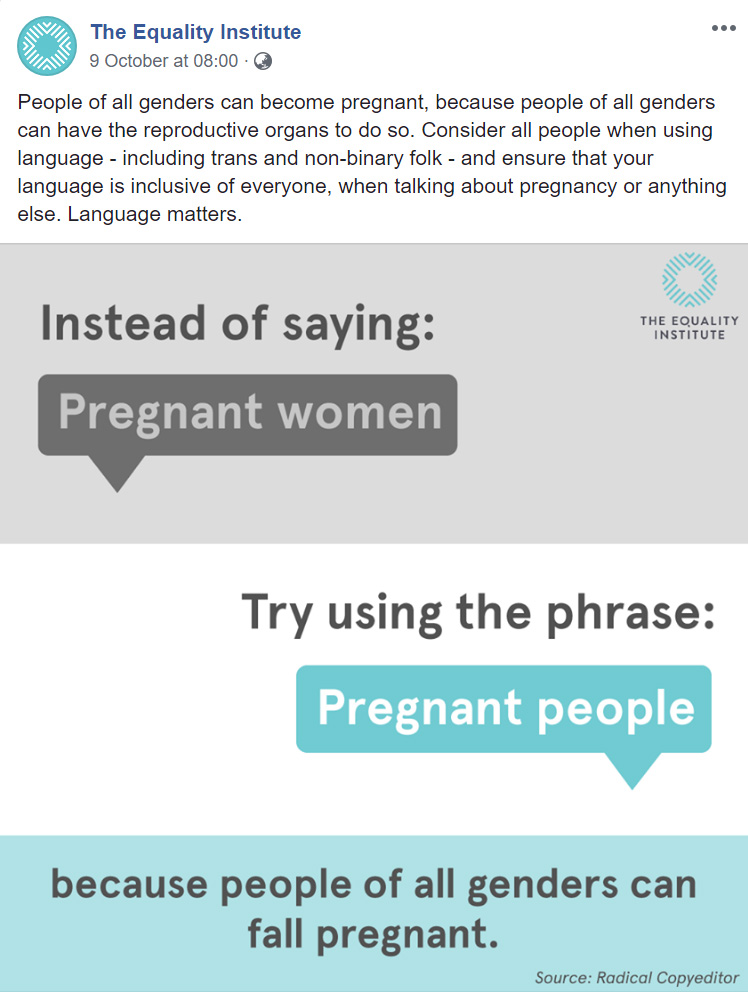