Adam Bandt yesterday gave his supporters a small taste of what Australian life would be like under their filthy Communist dictatorship.

The Greens MP for Melbourne, who endorsed teaching schoolgirls as young as 12 how to safely share nude photos and ‘sexy snaps’, posted a ‘campaign kick-off’ invite on his official Facebook page along with a bizarre threat to all who fail to attend.

“You better be there,” Bandt said. “If you don’t attend our campaign kick off on March 1, to hear about how our strategy to hold Melbourne and fight the old parties on climate change, racism and inequality, consider yourself warned.”

“Better to be safe than sorry,” Bandt cautioned.

Lest you thought there was a sane soul in The Greens Party, consider the fact that these folks would have sat down and discussed the best campaign and promotional material for their launch. It’s bizarre that someone would have proposed dictatorship-style threats. It’s even more bizarre that the rest of the room said, ‘Go for it!’

And we’re supposed to take these people seriously when they cry about bullying, intimidation and threats of violence? Now, of course, Bandt would likely suggest his message was simply a joke. But what sort of reaction do you think we’d see from The Greens if anyone on the right said the exact same thing? 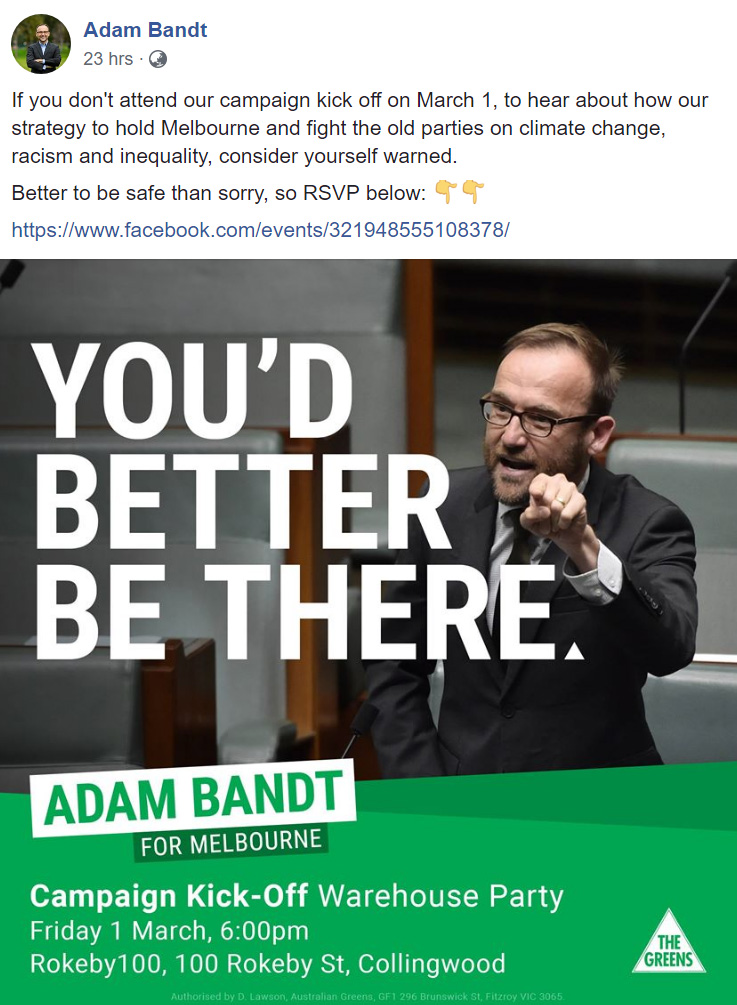