Dymocks Bookstore in Chermside, Queensland is now promoting transgenderism to children. Located in the Children’s Non-Fiction section is a book titled, Trans-Mission: My Quest to a Beard, by Alex Bertie.

Attached to the book is a sign that reads, “Recommended by our well-read team.” The note from Dymocks’ staff goes on to explain:

Trans-Mission – Alex Bertie, is a book written by Alex himself as he explains his story about his own gender transition. It’s light-hearted and easy to read. A great way to explain being transgender to someone else, and a great way to help those transitioning as well. 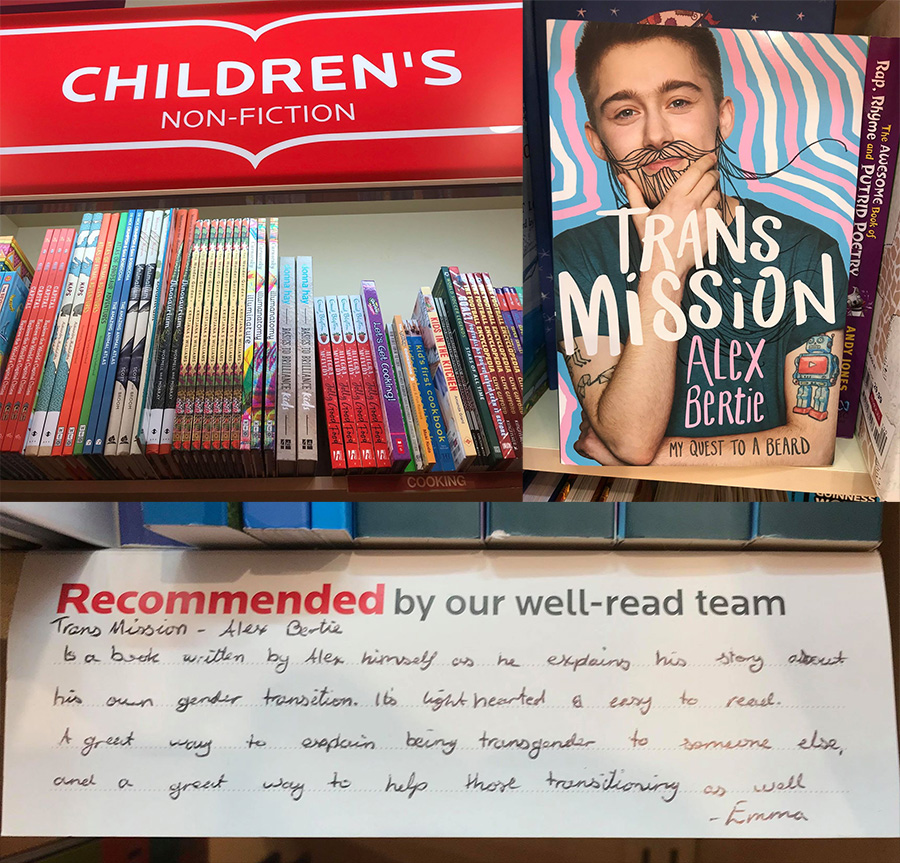 Given the fact that Australia’s Telethon Kids Institute revealed almost 80% of trans youth aged 14-25 years had self-harmed, while 48% had attempted suicide, is this really something Dymocks Bookstore should be introducing to children?

Chris McGovern, a former advisor to the Department for Education in the U.K., warned: “It has become an industry, people are making a career out of encouraging children to question gender at an age when they need to be left to be children. When teachers raise these issues children can become confused or unhappy and traumatized by it.”

Former transgender, Walt Heyer has said, “The problem is that they’re diagnosing kids like I was with gender dysphoria when they don’t have gender dysphoria, they’re just curious.”