Facebook has removed a link to a sermon and temporarily suspended the individual who shared it because, apparently, some Christian doctrines violate the platform’s community standards on “hate speech.” 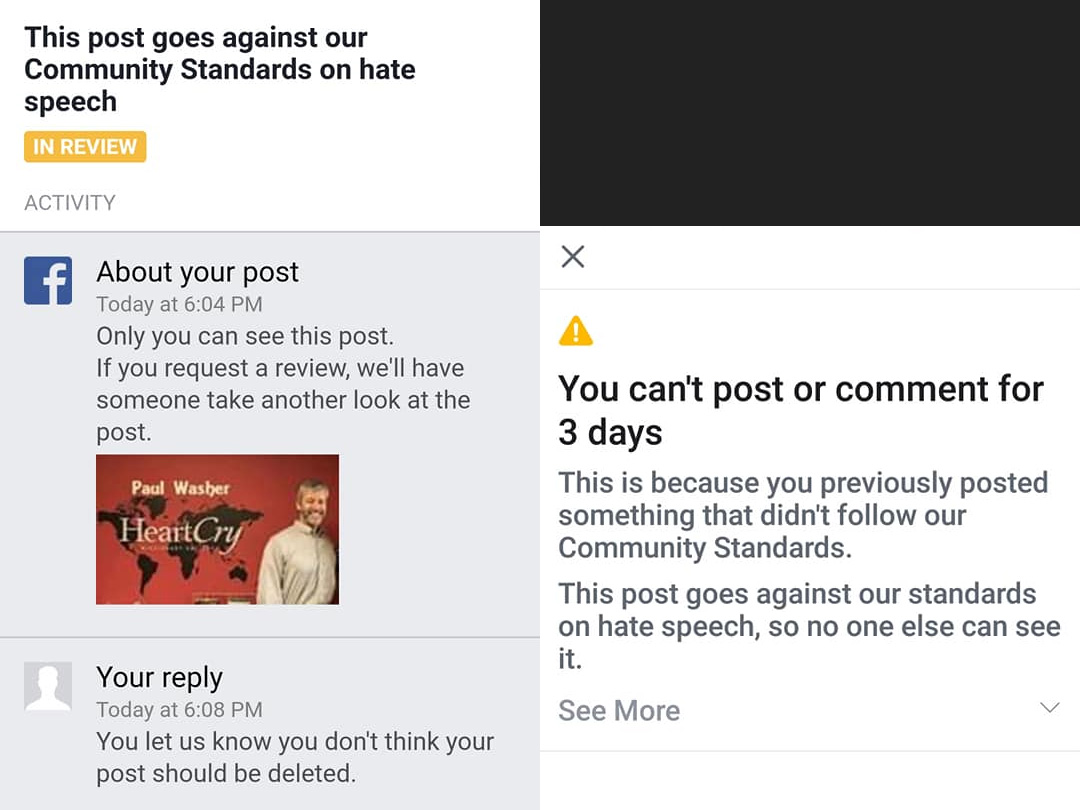 The 9-minute clip was taken from a message delivered by missionary and evangelist Paul Washer in which he detailed the biblical doctrine known as Total Depravity. The doctrine of Total Depravity deals with the state of humanity after sin entered the world (Gen. 3), and how every part of man — his mind, will, emotions, and flesh — have been corrupted by sin.

At the close of the message, Washer says: “Some of you, in your sixties, seventies, you heard preaching like this all the time when you were children. But now it seems the new generations to follow cannot bear with truth. They would rather be deceived and think well of themselves, but a man who will not accept his illness cannot be healed.”