A 25-year-old lead actress in the UK has been fired from a stage production after being accused of posting “homophobic” remarks on Facebook five years ago.

Seyi Omooba was sacked by a theatre company in Leicester after she was cast as the lead role in the stage version of The Color Purple.

The sacking came after Hamilton actor Aaron Lee Lambert called out Ms Omooba on Twitter for “homophobic” comments she posted on Facebook back in September 2014. 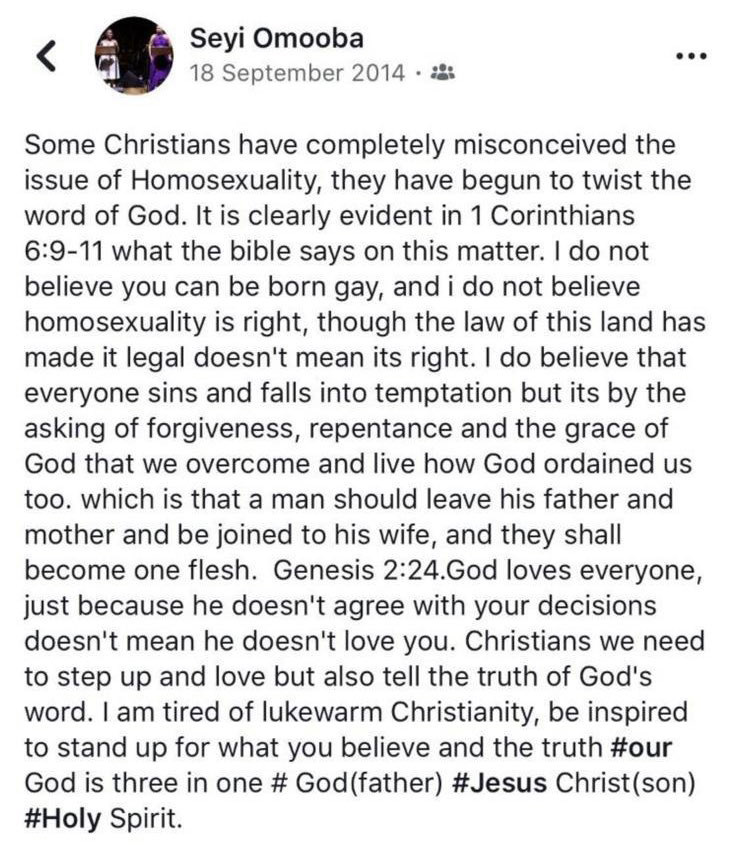 Lambert took offence to Ms Omooba being cast as Celie, a central character in the story because some like to view the character as being part of the LGBTQ community.

A screenshot of Ms Omooba’s five-year-old post was shared by Lambert on Twitter along with the demand for an explanation:

Do you still stand by this post? Or are you happy to remain a hypocrite? Seeing as you’ve now been announced to be playing an LGBTQ character, I think you owe your LGBTQ peers an explanation. Immediately.

Ms Omooba was soon after dropped from the starring role and then dumped by her agents. According to the Daily Mail, she has since contacted six agents who were once eager to sign her up, but only one responded, describing her as “talented but misguided” and brainwashed by her faith.

As we’ve noted before, it’s not a question of tolerance anymore. Regardless of how tolerant you are of those with differing lifestyles, if you’re not outwardly approving of everything these ideological tyrants demand, you will not be included, you will not be tolerated.

Despite what they may say, it’s not intolerance or discrimination these sorts oppose. It’s anyone who doesn’t affirm their ideology.