There seems to be no end to the hatred against the US President. Just recently his administration was accused by journalists of dismissively referring to the Coronavirus as ‘Kung flu’. The Washington Times recorded the following exchange:

PBS Newshour reporter Yamiche Alcindor told Mr Trump that “at least one White House official” had used the term, and asked him if it was wrong.

“I’m not sure the person’s name,” Ms Alcindor answered.

“A person at the White House used the term ‘Kung flu,’” she repeated.

“Kung flu,” she said. “Do you think the term is wrong? And do you think using the term ‘Chinese virus’ puts Asian Americans at risk, that people will target them?”

“No, not at all,” the president said, addressing her second question. “I think they probably would agree with it 100%. It comes from China. There’s nothing not to agree [with].”

It seems that even referring to the country of origin is now a serious offence. So much for previous epidemics such as the Spanish Flu of 1919, or that according to the Centre for Disease Control and Prevention, the Ebola virus was named after the Ebola River near where it was first discovered. And even closer to home, there’s the Ross River fever originating in Townsville, Queensland!

However, true to form, Trump is refusing to play into any of the politically correct games of the self-appointed cultural elite. Especially when senior Chinese officials are asserting that the virus originated in the US. Take a look at the following tweet from Lijian Zhao, Spokesperson and Deputy Director-General, Information Department, Foreign Ministry:

None of which stops the perpetual outrage machine, Alyssa Milano, who tweeted: 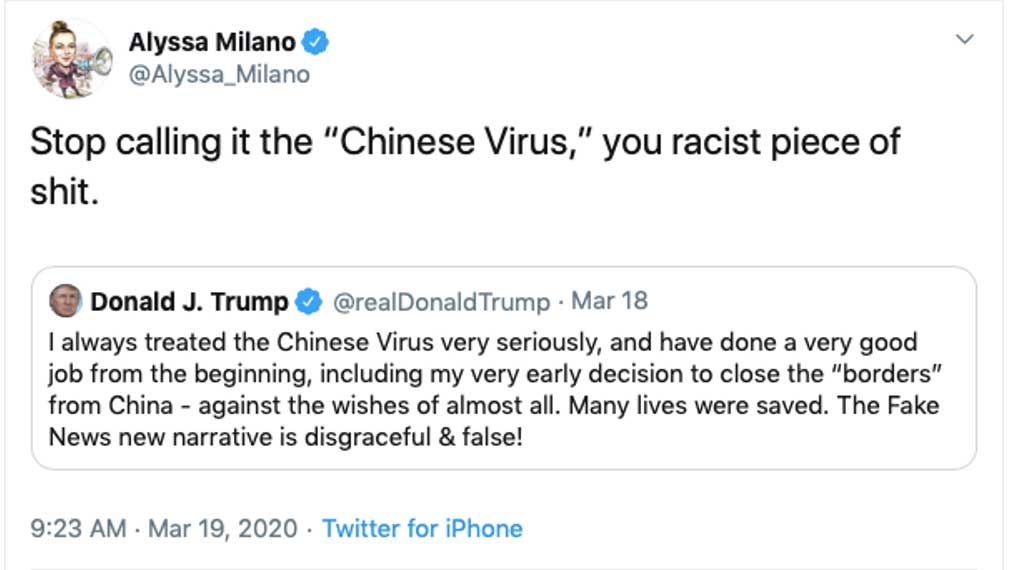 But as people were quick to point out, Trump has by no means been alone in referencing COVID-19’s country of origin. As Mindy Robinson helpfully reminded everyone: 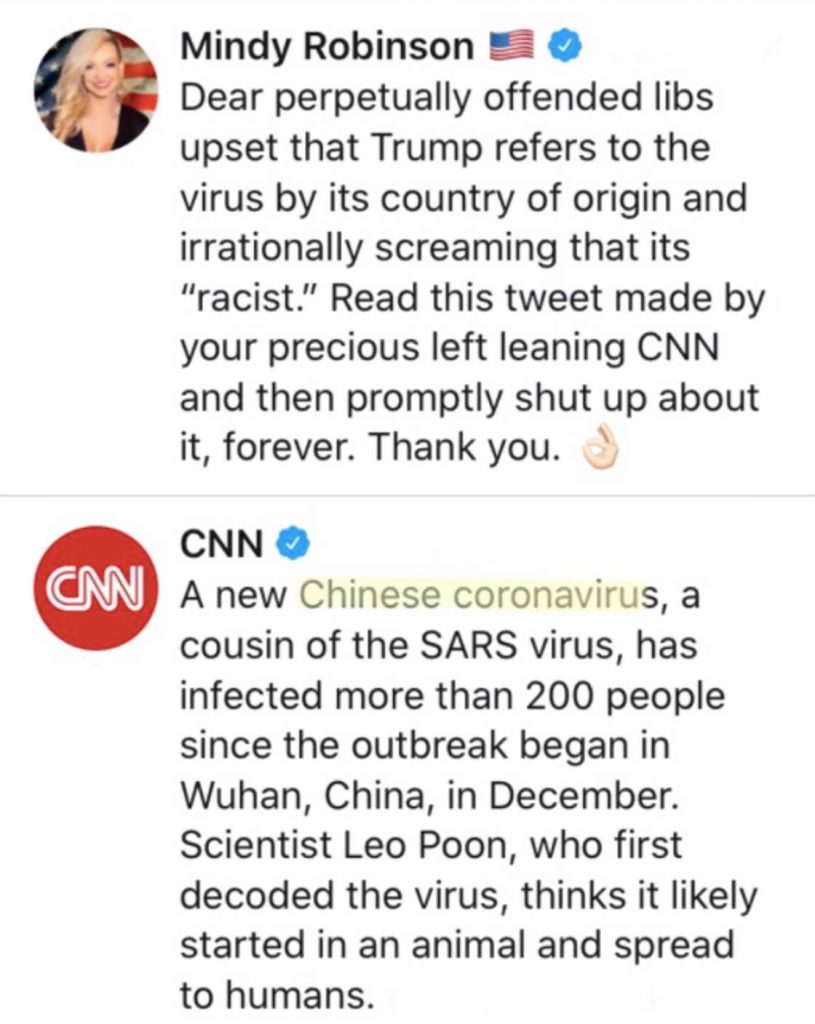 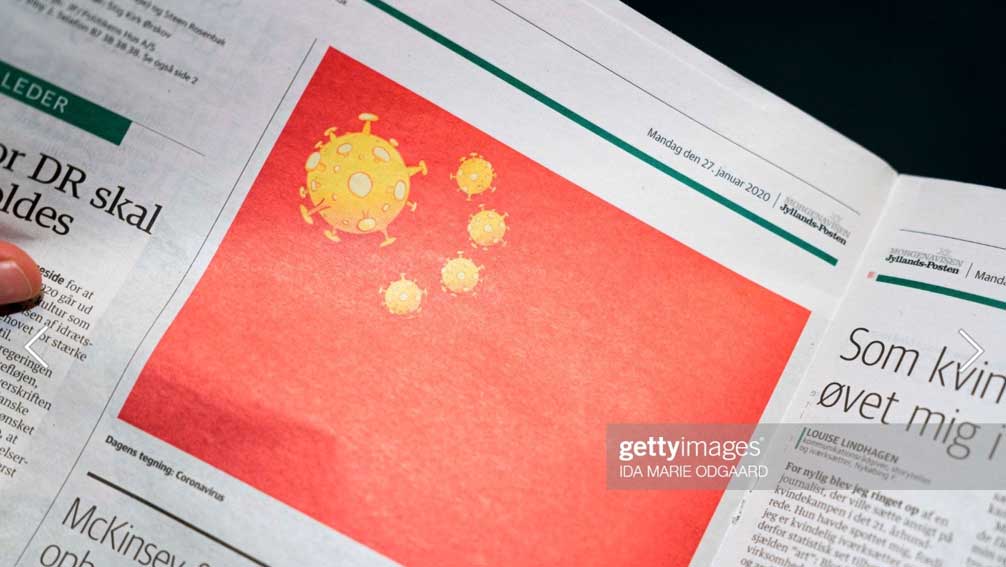