Following the event, Gregory took to Instagram in celebration of his victory, thanking officials for treating him like a female:

“A huge thank you to [RAW Powerlifting Federation], from the bottom of my heart! As a transgender lifter I was unsure what to expect going into this meet and everyone — all the spotters, loaders, referees, staff, meet director, all made me welcome and treated me as just another female lifter — thank you! And thanks to all the fans in the audience who cheered me on and congratulated me.” 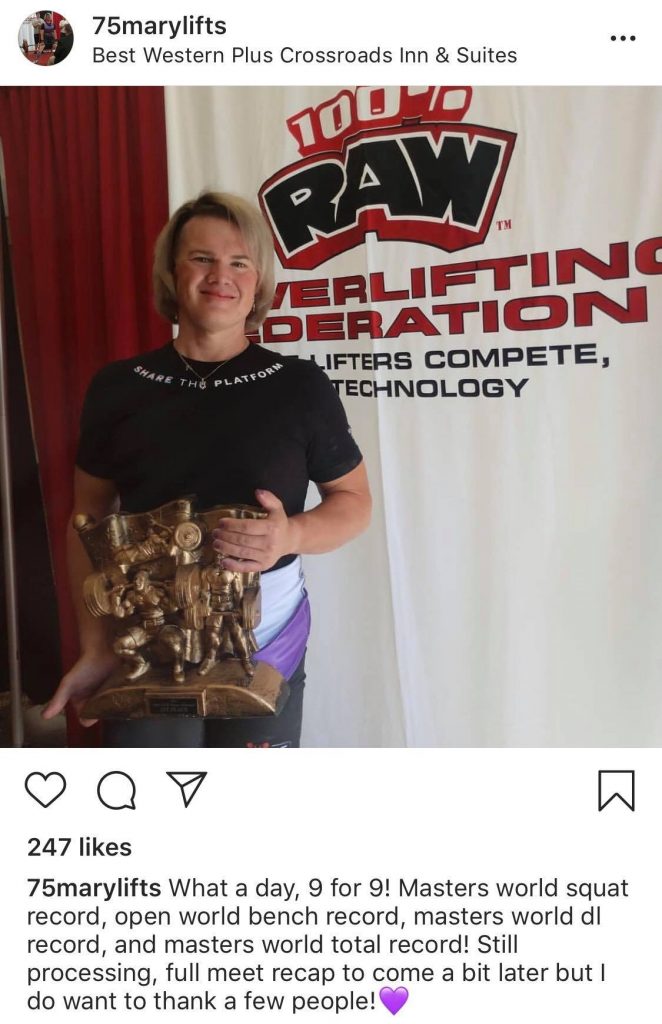 Despite Gregory’s comments, it would appear that not all female athletes are celebrating his victory. British Olympic medalist Sharron Davies tweeted:

“Any record set by trans woman (those born males with male biology and advantages) should be removed when all of this confusion and unfairness is sorted out… Otherwise just like the cheating world records of the testosterone fuelled East Germans they will stand for years.”

Davies continued: “Intersex/DSD (differences of sexual development) is incredibly complicated. Live how ever you would like gender identify however makes you happy but race in sport based on your biology… sex not gender XX & an open inclusive class so it can be fair to females (no male puberty).”

“You die with the genes/chromosomes u are born with if they are XY you are male, it’s as simple as that. Males should be in male races females in females races.. 99.98% of the world can be divided by sex. Sex is not gender for sport. Male bodies should not be in XX sport. Fair sport.”

Davies went on to say: “I just feel we have to stand up for facts & the future of female sport for young girls.. sport is so based on your biology starting point. This has nothing to do with how socially you identify yourself. But biological female those with XX chromosomes deserve equal rights to XY,” she said. 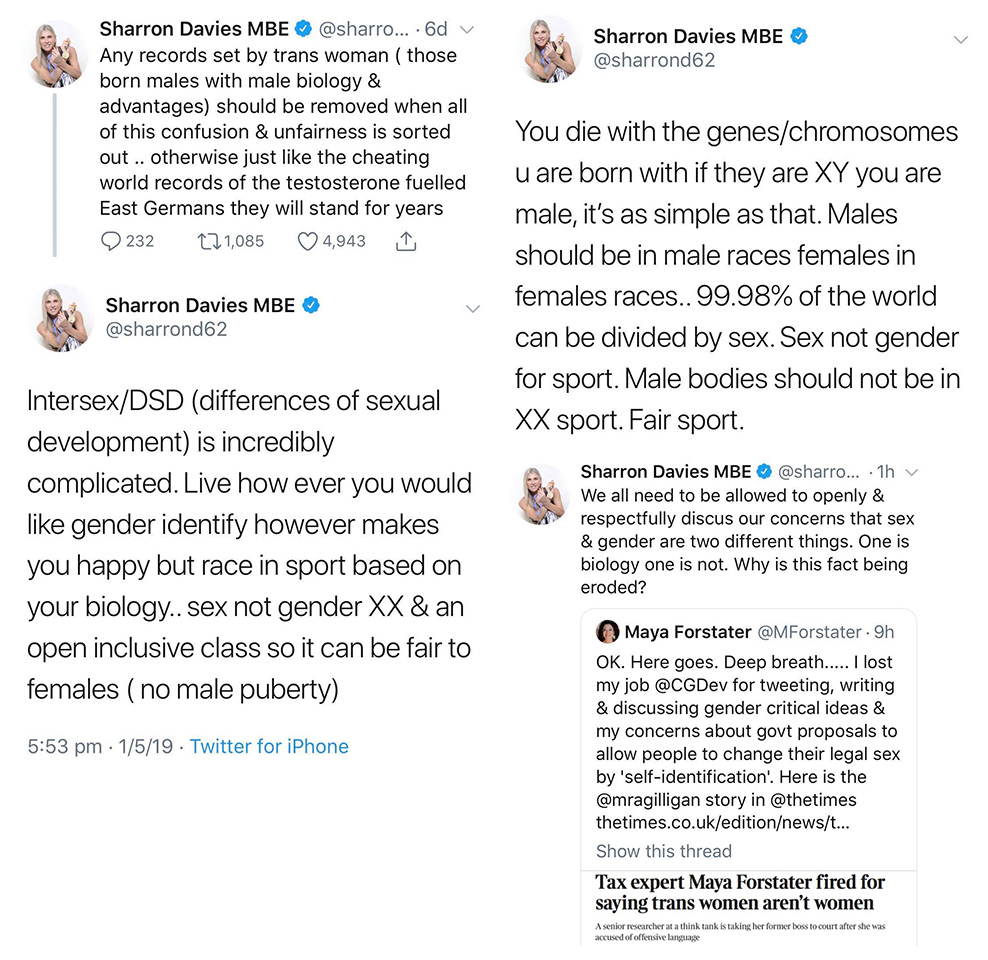 “No surgery required today… no hormones… no medical diagnosis.. just self ID & reduced testosterone to a level x5 the highest average (98%) of XX females.. far worse than most realise. Madness & unfair,” Davies said.

Early last month Gregory posted a comparison picture of himself from 2018 to 2019. In the post, Gregory said he had been on hormone treatment for 9-months, changed his name, is no longer taking anti-depressant medication, is divorced and is now down 35 pounds. 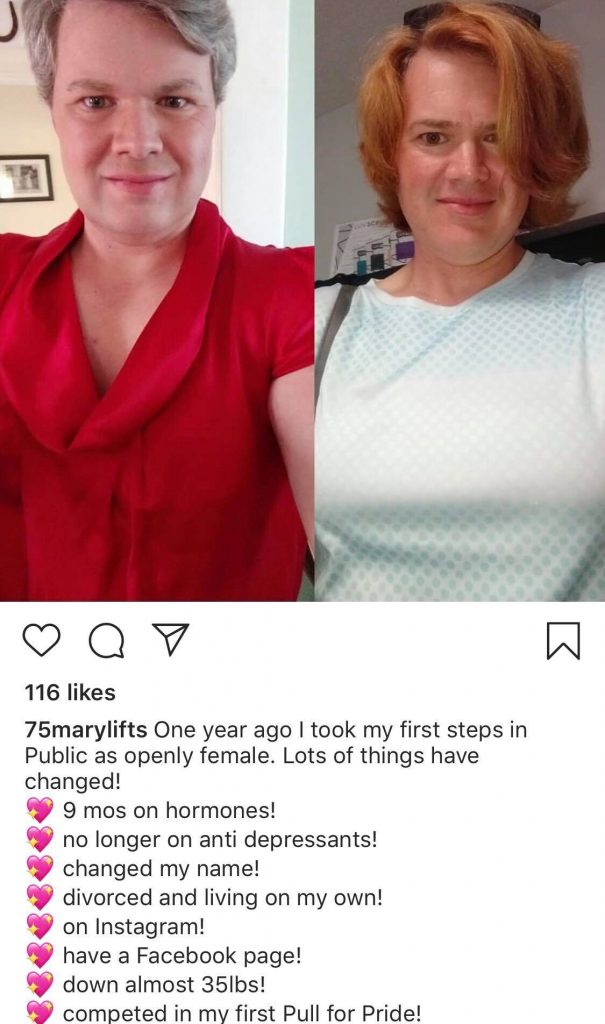 This isn’t the first time a biologically male athlete has competed in a female event and set new records, and it certainly won’t be the last. So, how long will female athletes put up with it?

Is there any doubt that the inclusion of transgender athletes into female sports will lead to the end of female sports altogether?