It sounds more like a headline you’d expect to read over at The Babylon Bee. Astonishingly, and unfortunately, it’s not.

The line between reality and satire continues to become harder and harder to identify as society spirals further into their post-Christian, relativist pit of absurdity.

Staff at Sea Life London have decided not to assign a gender to a Gentoo penguin chick because gender is more of a human construct.

The chick, which is yet to be named, was also placed into the care of a same-sex penguin couple at the aquarium. But then again, can staff at Sea Life describe them as a same-sex couple without assuming their gender identities? Come on folks, it’s 2019. 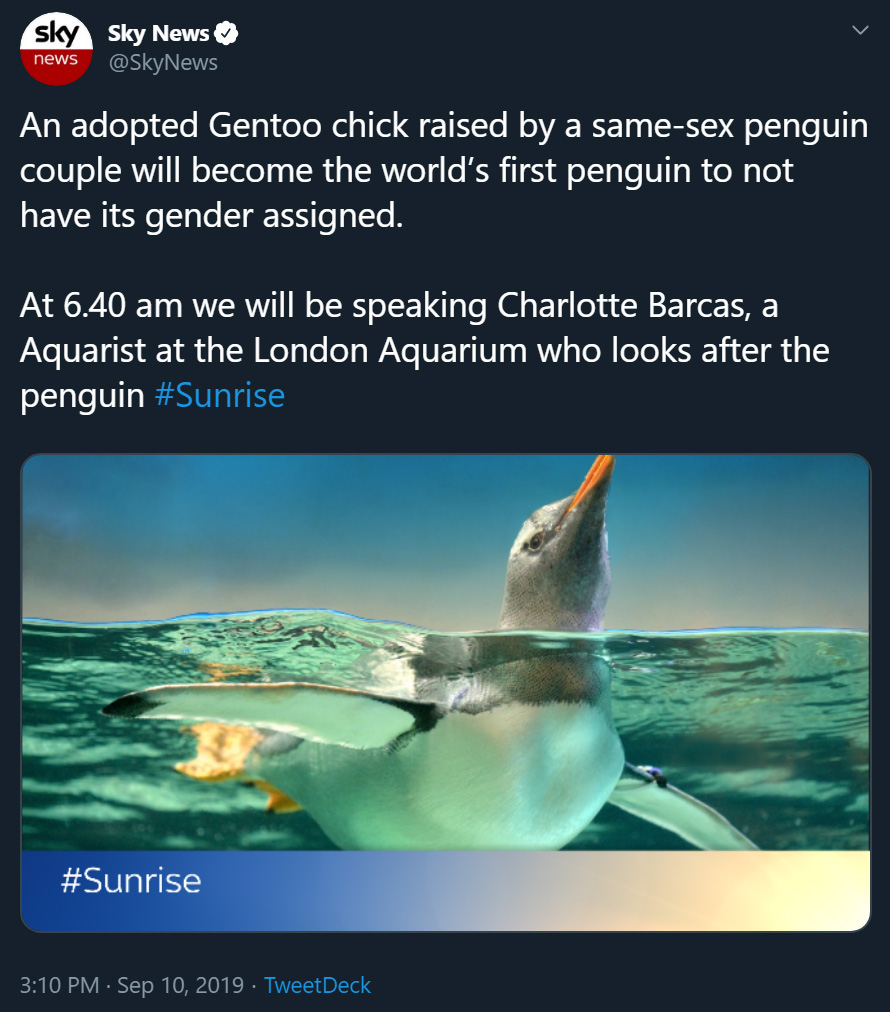 Graham McGrath, General Manager at Sea Life London, said: “While the decision may ruffle a few feathers, gender neutrality in humans has only recently become a widespread topic of conversation, however, it is completely natural for penguins to develop genderless identities as they grow into mature adults.

“What makes us really proud at the aquarium is the success of Sea Life London’s Gentoo breeding programme and the amazing job of same-sex penguins Rocky and Marama who took the chick under their wing and raised it as their own.”

We strongly urge authorities to check the drinking water over at Sea Life London immediately.