Victoria Police have issued a statement after a police officer was accused of throwing a salute to white supremacy at a climate protest in Melbourne earlier this week.

A photograph of the officer making the ‘OK’ hand signal was shared on social media along with the accusation that the officer was using it in support of “white power” and Nazism.

“Hey @VictoriaPolice @DanielAndrewsMP it’s one thing to assault and injure activists,” a user tweeted. “Not ok ever. But quite another for a cop to feel comfortable using a white power/nazi hand signal. Are you ok with overt nazis assaulting people to protect fossil fuel interests?” 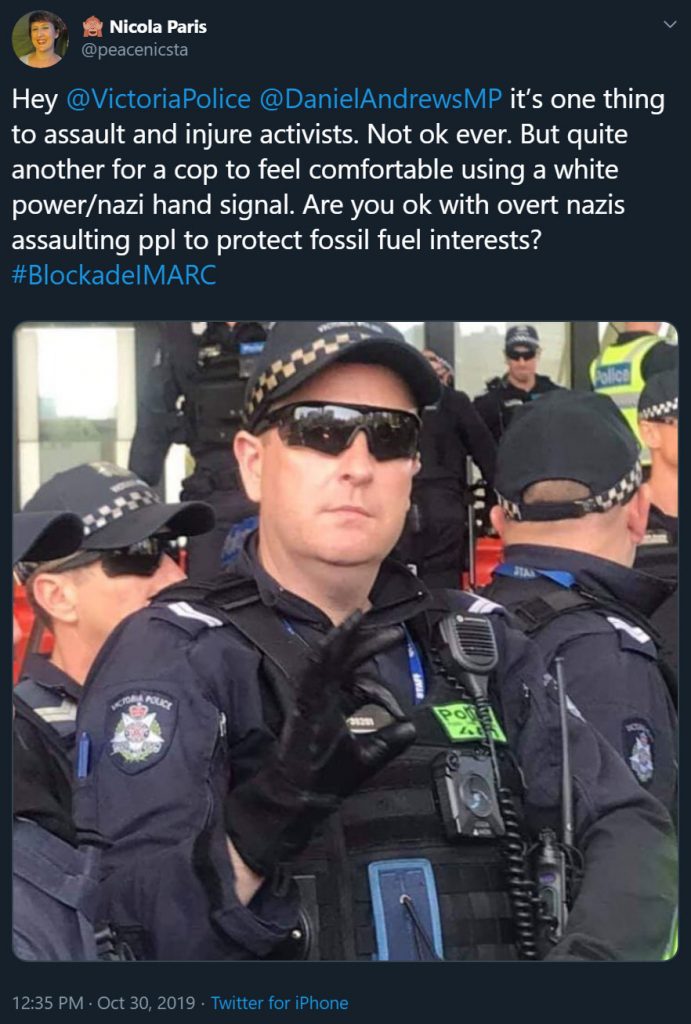 In a short statement released on Twitter yesterday, Victoria Police said the officer had been questioned about his use of the signal.

“We are aware of an image circulating of an officer from yesterday’s protest.

“We have spoken to the officer and have confirmed he was signalling ‘are you okay’ to two protesters who were caught in a large crowd looking unwell.

“The protest activity is extremely dynamic with megaphones, sirens and loud chanting making it difficult to hear so hand signals are often used. Any suggestion to indicate the member was signalling anything else is completely untrue and Victoria Police consider this matter closed.” 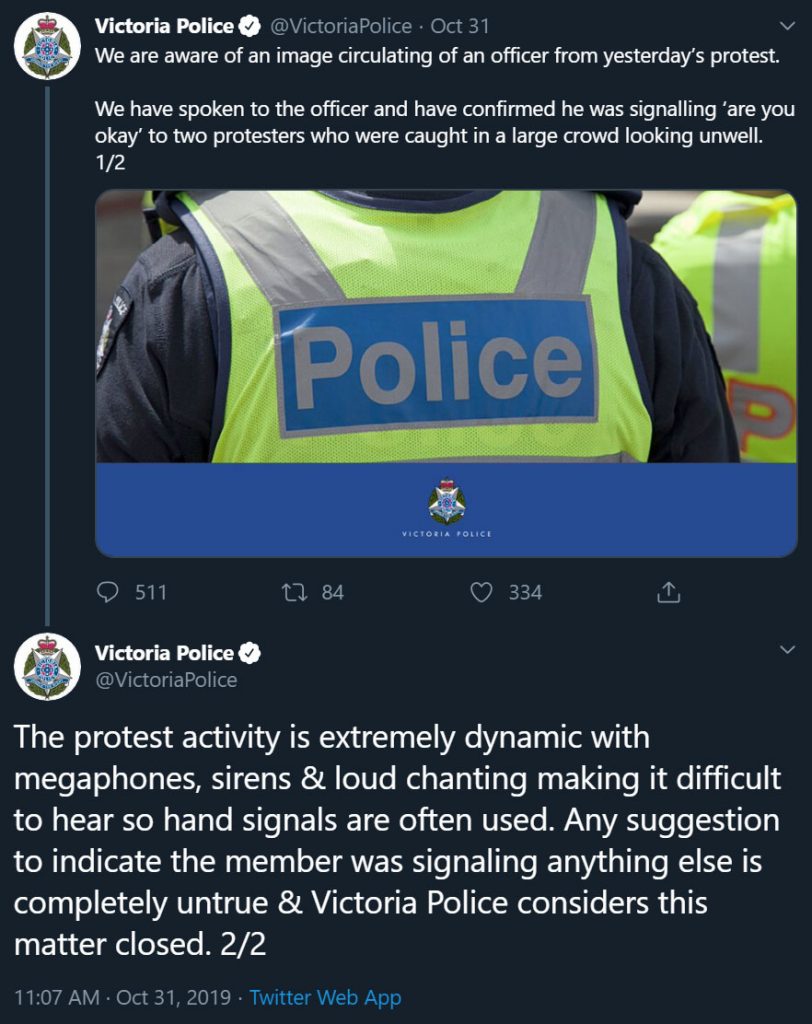 The ‘OK’ hand gesture originated on 4chan in 2017 as a hoax designed to trigger and troll easily-offended liberals. The prank turned into a campaign to flood social media with posts linking the hand symbol to white supremacists.

In September, due to it’s “overwhelming usage” the Anti-Defamation League added the symbol to its ‘Hate on Display’ database, which was created to track hate groups and their symbols.

Sleep well tonight, Melbourne. You’re in OK hands. And our hats go off to this officer who, more than likely, did a marvellous job making sure the people slandering him on social media weren’t injured during their own public temper-tantrum.