One of the Queensland drag queens enlisted to read storybooks to young children at a Brisbane public library this week scored second-place at the 2019 Australian Adult Entertainment Awards.

“Diamond Good-Rim” came second in the Drag Queen/King category last year, according to the XAWARDS website. Despite his full stage name being “Diamond Good-Rim”, the media chose to refer to him only as “Diamond”, as “Good-Rim” is an obvious reference to a sex act. 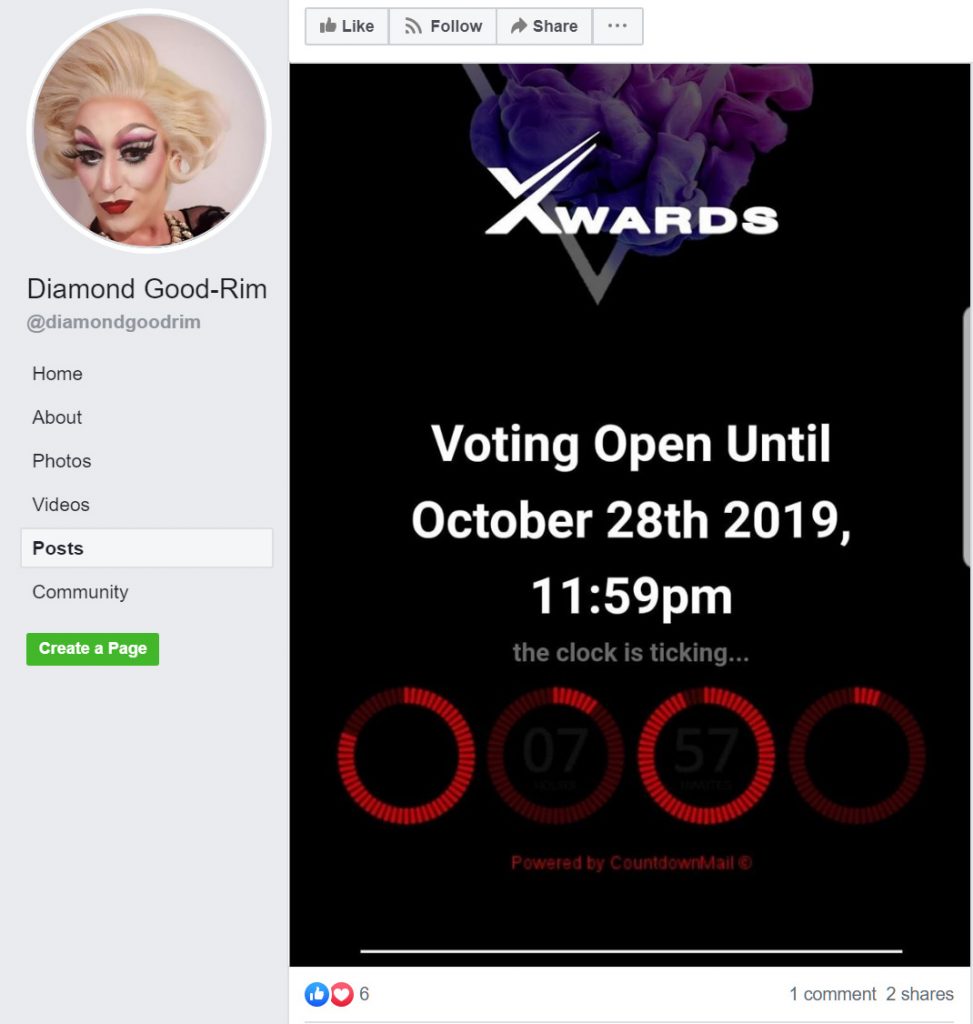 According to the XAWARDS website, the ceremony was founded by current CEO, Jett Black, who is described as spending a decade “in the Austrational Adult Industry as an Independent Escort, Former Adult Film Performer (Gay) and diversely experienced Manager of Business Strategy and Brand across the Sex Industry, Adult Retail and Entertainment Industries…”

A video uploaded to YouTube by Drag Queen ‘Katya Lou-King’ is said to show a 2018 performance from Diamond Good-Rim.

The Brisbane Drag Queen Story Hour event made headlines this week after a small group from the University of Queensland’s Liberal Nationals Club gathered in the library and began chanting, “Drag queens are not for kids”.

The pro-family-values “protest” triggered a huge backlash, with media and news outlets, celebrities and Twitter mobs throwing their support behind the two drag queens with the hashtag #IStandWithQueens and #HitlerYouth.

The response to the “protest” was so vicious and so unrelenting that the leader of the protest, Wilson Gavin, reportedly committed suicide the following day.

The question is, if Drag Queens qualify for Australia’s Adult Entertainment Awards, then how could anybody in their right mind think Drag Queens are for kids?