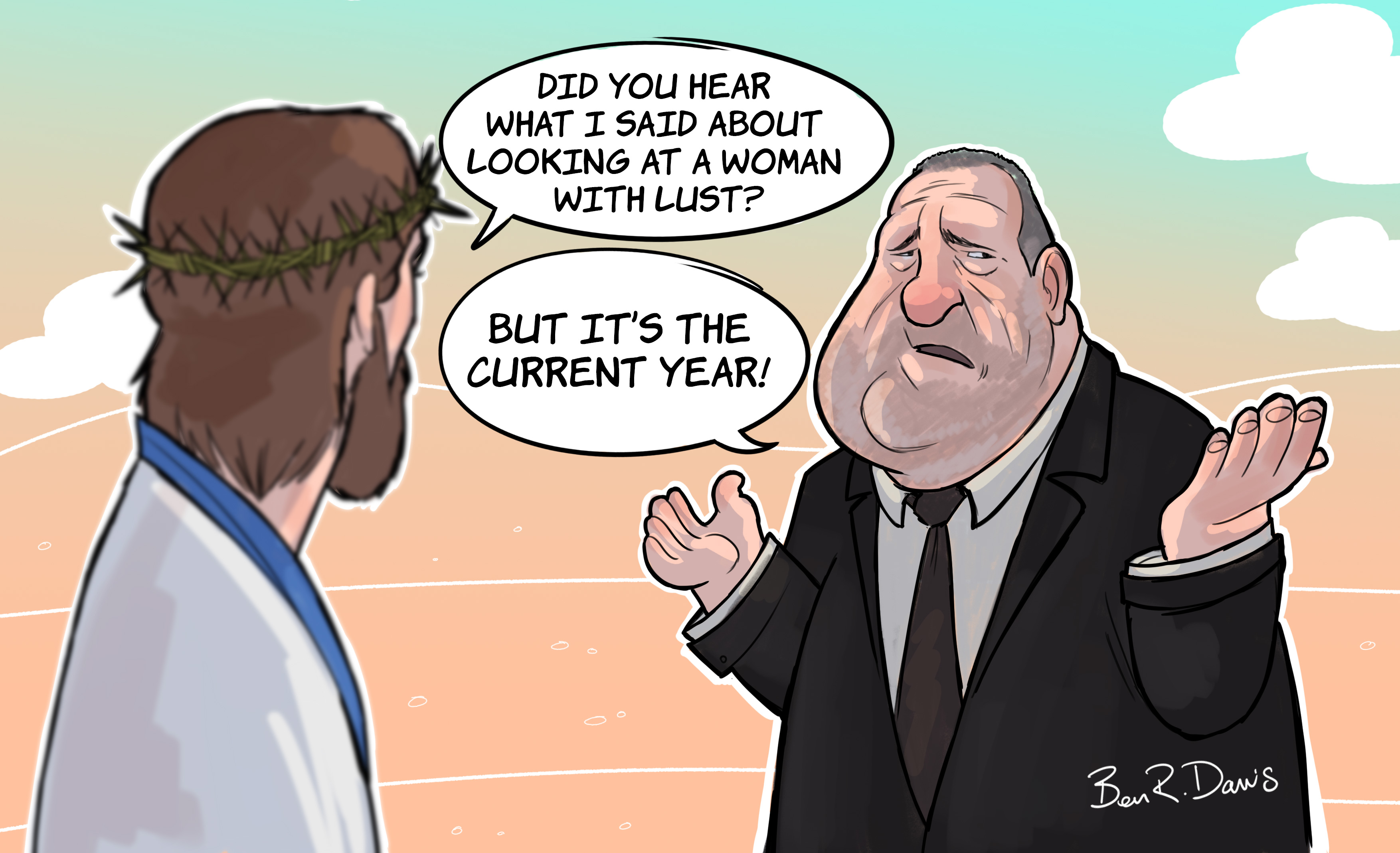 D. James Kennedy: “A few years ago the former Surgeon General of the United States, David Satcher, reported that some twelve million Americans are infected by sexually transmitted diseases each year. Worldwide there are more than one hundred million cases of gonorrhea alone. In addition, there are cases of syphilis, chlamydia, herpes (millions of people have that), as well as the dreaded AIDS and twenty-one other horrible sexually transmitted diseases. So maybe God isn’t such a killjoy after all by forbidding sex outside of marriage. And maybe every good gift and every perfect gift does come down from above, and not up from beneath with a hook in it and Satan at the other end of the line.”

This cartoon was original drawn for The Spectator: Hollywood hypocrisy