Round one of consequences for the mass slandering of the Covington Catholic schoolboys may have seen The Washington Post skip past go with a get out of gaol free card when a judge dismissed the lawsuit last year. Cable Network News (CNN) didn’t get off as easily.

The media giant has decided to settle with Nick Sandmann after a defamation lawsuit was also brought up against the organisation. The Washington Post’s, Paul Farhi, noted that L. Lin. Wood, lead lawyer for Sandmann, was also lead lawyer in the lawsuit filed by Richard Jewell against CNN after he was “vilified by journalists”, (now the subject of a major Clint Eastwood film).

Sandmann was the target of mass slander, when Twitter users fuelled by the mainstream media lobbed abuse and threats at the schoolboys. All because of brief video footage uploaded to the internet, which was later proven to misrepresent the event. 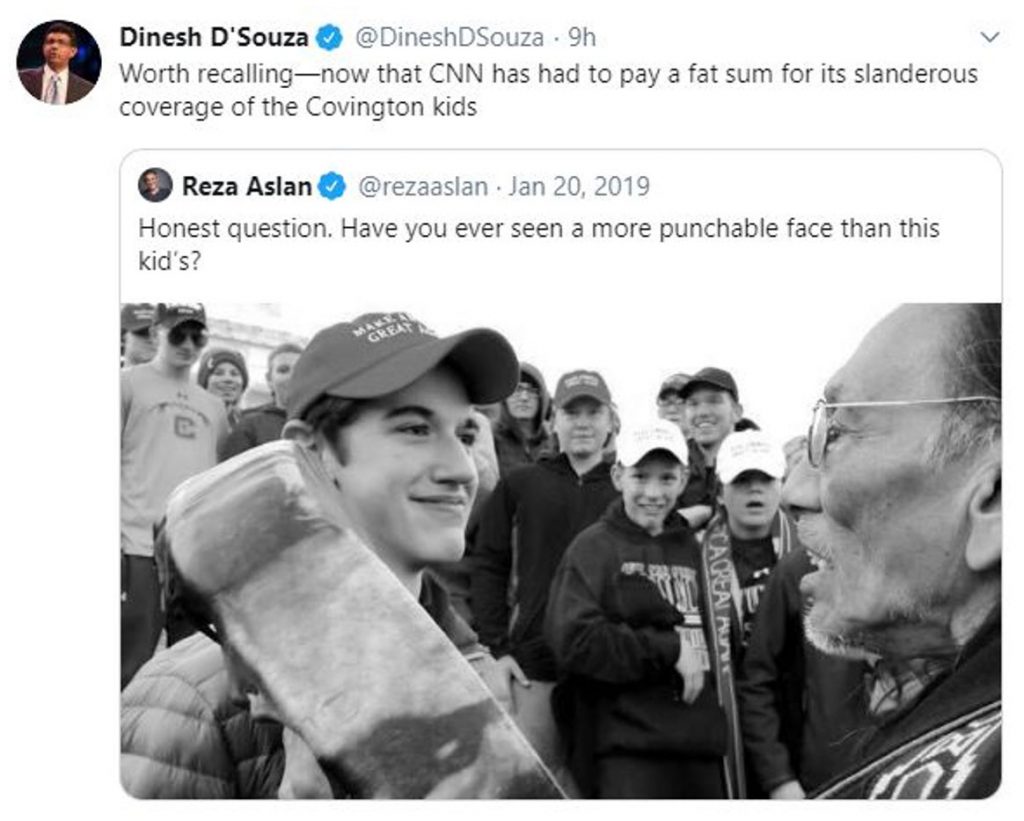 Media organisations appeared to jump to conclusions, making Sandmann the poster boy for their own giddy, schoolboy, bandwagon anti-Trump hate. Reporting on the reopening of Sandmann’s case against The Washington Post, The Federalist’s, Margot Cleveland, said that they labelled the schoolboy a “smirking MAGA-hat-wearing racist”, and accused him of “blocking Native American elder Nathan Phillips’s path” to the Lincoln Memorial.”

The Hill’s, J.E. Moreno stated that Sandmann had sued CNN for $275 million dollars in ‘May over its reporting, saying CNN was “vilifying and bullying him” and had twisted the story to fit an anti-Trump agenda. In total, Sandmann was seeking $800 million in damages from The Washington Post, NBC and CNN.’ Moreno also said the ‘amount of the settlement was not made public.’

With the settlement come new precedents. Although The Washington Post’s case was dismissed last year, a judge has reopened the case and the lawsuit is waiting to once again go to trial. What the CNN settlement with Sandmann tells the many who are culpable for leaping before they looked, is that this isn’t going away. The settlement strongly suggests that CNN didn’t want this to linger over their heads. Given their ratings, this is no surprise. Absent of a forthright open admission of wrongdoing, this is probably the best those involved can expect from the Leftist backed media organisation.

As with Rugby Australia’s settlement with Israel Folau, CNN’s settlement with Sandmann shows that politically motivated attacks on members of the public, by those in positions of power, will not go unnoticed, nor be allowed to stand without a fight, regardless of how well co-ordinated and well-funded those behind the political attacks are.

Sandmann’s win is also a strong warning to those seeking to advance by using a zero-sum game against the innocent, all in the hopes of achieving fast political gain, which has about as much long-lasting benefit as ordering fast-food from a drive-thru.

This settlement isn’t just a win for Nick. This is a win against the Leftist funded, political and academic establishment. Hope is seeded here. As Dietrich Bonhoeffer, one of the most well-known political prisoners the Nazis imprisoned and executed, once said “the only fight which is lost, is that which we give up.” [i]