Our Facebook Overlords are scraping the bottom of the barrel to silence conservative voices and this is yet another absolutely ridiculous example.

Yesterday Victoria Against Violence posted a video to their Facebook page titled, Respect Women: Call It Out (Public Transport). The video shows a fairly well-groomed man looking over at a woman and smiling while travelling on a bus. When another commuter notices, he stands between the man and the woman, breaking the line of sight. The man looks away as the words, “Respect Women; Call it Out” appear on the screen.

After being tagged in the post by a friend, I replied with three words: “Men are pigs.” That is, after all, what many think the video seems to suggest.

Within minutes of posting the reply, I received a notification that I had violated Facebook’s Community Standards on “hate speech.” Never mind the fact that I am a MAN and the reply was clearly sarcasm, there are plenty of man-hating feminists like Clementine Ford spouting out a heck of a lot worse on their Facebook verified pages.

So, what’s the difference here? The Left can post any anti-white/male/Christian/hetro content they wish, but when a conservative Christian does it in jest, they’re hit with a 24-hour ban. 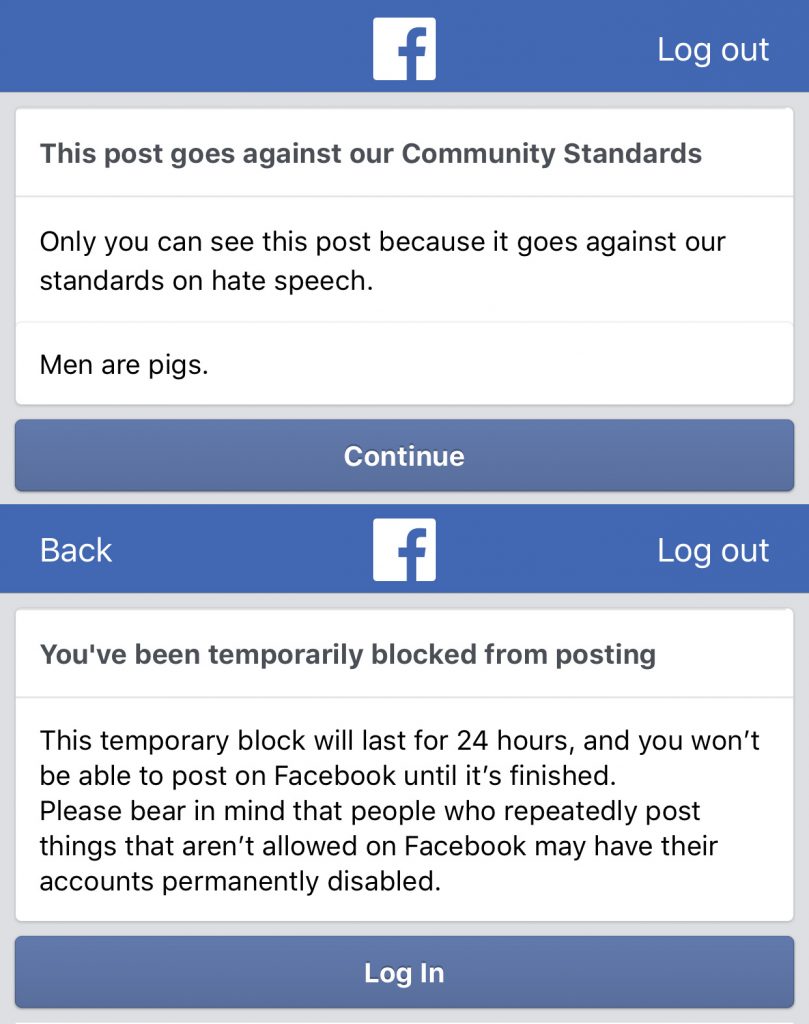