There’s a new line of underwear on the market, and it’s helping ‘transgender’ boys as young as five hide their penises.

“Tuck Buddies” were created to be a “comfortable underwear option for transgender kids.” The product is designed with an extra layer at the front to “provide a bit of padding and coverage for young trans kids.”

“My five and a half year old trans daughter has pretty much always presented as a female,” one customer said. “As an infant everyone assumed she was a baby girl.”

“Around five, after transitioning, she really started noticing her penis more, and complaining about it ‘bothering her in all kinds of different ways.”

The mother went on to explain how anxious she felt thinking about her child “outing herself unintentionally.” But when she purchased a pair of “Tuck Buddies” her child exclaimed, “Mama! These fix all my problems!”

Multi-million dollar #Transgender industry targeting vulnerable male toddlers with ‘Tuck Buddies’ so he can mutilate himself to ‘feel’ like a girl. pic.twitter.com/FERpjInDR1

A separate company called Transkids is not only selling a similar line of tuck-style underwear for young boys, but miniature silicone penises for girls as young as five. 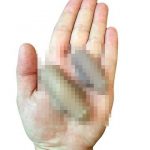 “While most trans boys don’t start packing until they are teens or older, sometimes young kids want to have a prosthetic and what is on the market is really just too big for most folks under 10 years old,” the website says.

Chris McGovern, a former advisor to the Department of Education in the UK rightly said, “It has become an industry, people are making a career out of encouraging children to question gender at an age when they need to be left to be children.”

Dr Paul McHugh, former head of psychiatry at John Hopkins University, also claimed 70-80% of all children with transgender feelings eventually grow out of them.