Have you ever etched something into the trunk of a tree? I wonder about the people who come along at a later date and attempt to decipher our primitive code language for who hearts who.

Suppose you stumbled across a tree etching, a simple straight line for example. Now, you might conclude that it was an unintentional mark, a random scratching from an animal’s claw perhaps.

Now suppose that line was followed by a love heart. The likelihood of that etching being the result of a random wild creature decreases drastically. There is an obvious level of intentionality behind that ‘I heart’ etching that no animal can replicate, must less a series of random processes.

What if the etching was followed by someone’s initials? Would any body in their right mind question whether or not there was intelligence behind the message? 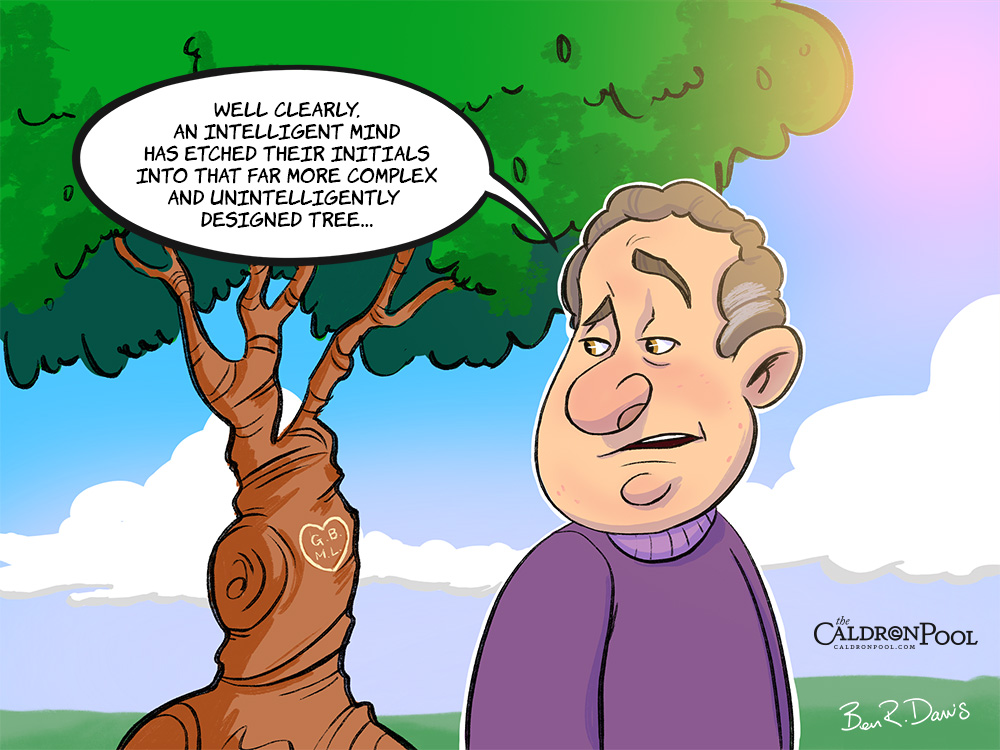 In his book The Battle for the Beginning, Dr John MacArthur said, “Honest scientists must admit that all of life had to be designed by an immensely intelligent mind. The more science looks at life, the more complex it becomes.”

Could you be convinced that six simple letters etched into a tree came about by random, unintelligent processes? What about a million letters? What about something as complex as a space shuttle? What about life itself?

According to verse 20, “God’s invisible attributes, namely, his eternal power and divine nature have been clearly perceived, ever since the creation of the world, in the things that have been made. So they are without excuse.”

So, the next time you find a scratch on your driver-side door and your first impulse is to look around for somebody to blame, look up at the world around you and find Somebody to thank, because atheists don’t exist.