Police in Scotland have investigated their own actions and conveniently found themselves to be innocent of committing a “hate crime” against Christians.

The Barnabas Fund filed the complaint to the department after Police Scotland set up anti-Christian posters around their communities.

The ‘Letters from Scotland’ campaign was established to tackle “hate crime” in Scotland and included letters targeting religious bigots, transphobes, and homophobes. Police also urged citisens to report any “religious hate” they see or hear.

One of the posters read: “Dear BIGOTS, you can’t spread your religious hate here. End of sermon. Hate crime. Report it to stop it.” 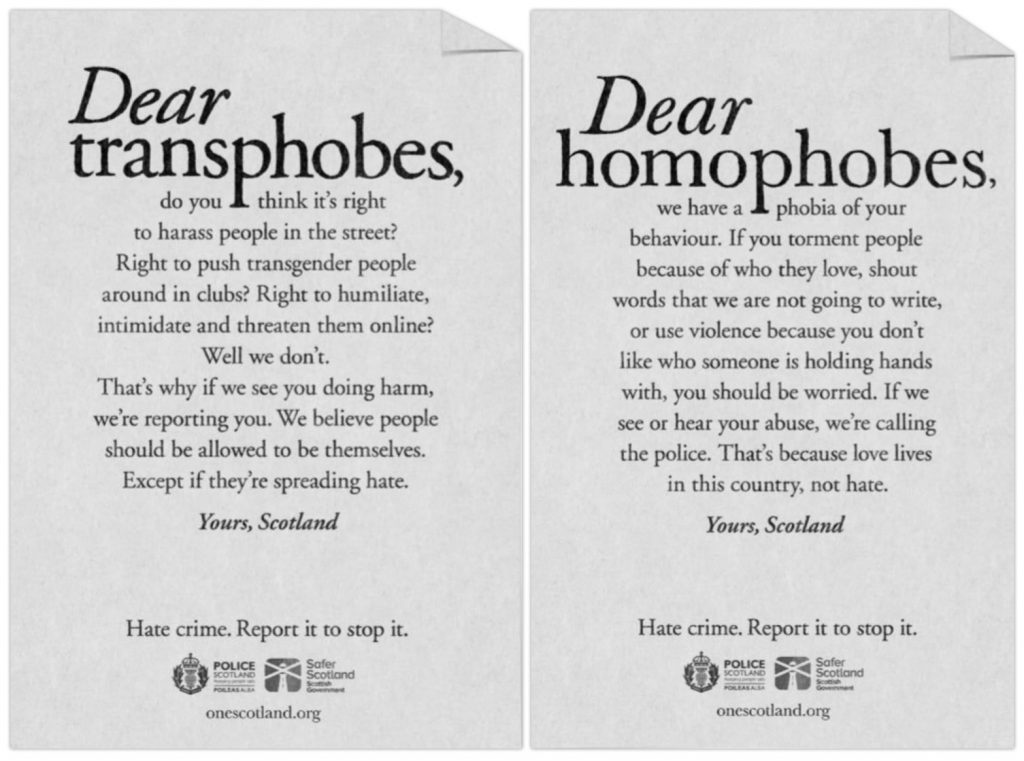 At the time, Chief Superintendent John McKenzie said, “Police Scotland treats all hate-related crimes and incidents as a priority… We continue to work tirelessly to ensure we respond to all reports of hate crime and I would encourage anyone who has been a victim of, or witnessed, a hate crime to report it.”

Not long after the posters began to appear, the Barnabas Fund took them up on their request and made a formal complaint to Police Scotland.

David Robertson, minister at St Peters Free Church similarly reported the campaign to Scotland Police and the Scottish Government, calling it a “hate incident” against Christians.

“I have just fulfilled my civic duty and reported both Police Scotland and the Scottish Government for a ‘hate incident,'” Robinson said.

However, after investigating their own actions, Police Scotland decided to exonerate themselves, saying the posters were not indented to be prejudicial.

Barnabas Fund reported: “The letter replying to Barnabas Fund’s complaint arrived after 61 days instead of the normal 56 day maximum time period for responding. It included Police Scotland’s definition of hate crimes or incidents as being considered as such when ‘perceived by the victim’ to be motivated by ‘malice and ill-will’ towards a particular ‘social group.’ But the responding officer, who investigated his own department’s actions and motivation in commissioning the posters, said in his letter that the posters were not intended to be prejudicial to any group, adding that no further action would be taken.”

The ministry went on to say they were disappointed Police Scotland took so long to respond to the complaint and accused the police of failing to address the substance of the complaint, “including potential breach of international human rights by state advocacy of hostility against a religious group.”