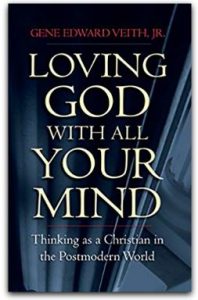 In it Veith shows himself to be a fearless, sharp, forward-thinking academic1 who isn’t afraid to stick his neck out when presenting sensitive facts. For a scholar, this isn’t just risky, it often means standing alone, on uncomfortable truths, that have either been conveniently buried or ignored. Taking a stand can end in ostracism or excommunication.

One potent example is Veith’s thunderous proclamation that ‘fascism is back in academia’.2 This rides on the coattails of a discussion about the defence (and for some, the denial) of German existentialist philosopher, Martin Heidegger’s3 ‘extensive involvement in the Nazi Party.’

All the evidence suggests that Heidegger ‘was an activist in the Nazi party’. The most damning, according to Vieth, was Heidegger’s alignment with the Sturmabteilung (Stormtroopers) of Ernst Röhm (‘a radical [Nazi] faction’, ‘rife with homosexuality’), which led to Heidegger being ‘considered too extreme, even for Hitler’.4

Another example of Veith’s tenacity, and lack of fear, despite the current culture of silence, and suppression in academia, of anything that doesn’t fit a particular political narrative, is found in his unpacking of the relationship between fascism and academia. Veith unpacks how the culture produced by revisionist deconstructionism, contributed to the rise of fascism; and how this culture opened a door to the National Socialists (Nazis), allowing them take total control of the German (Weimar) parliament through a democratic process.

The straight-talking tone of his 2003 revised edition of ‘Loving God with All Your Mind’, remains consistent with ‘Modern Fascism’. The text is a manifesto on how Christians, in an era of subjective relativism, can participate in that culture, without becoming one with that culture.

the intellectual resources of Christianity are vast and rich […] The tolerance for paradox, [within Biblical Christianity] with its combination of openness and scepticism, means that the Christian life and the biblical worldview not only can withstand critical inquiry, but they can inspire critical inquiry […] (pp. 146 & 97).

Beginning with the Babylonian exile of Daniel (and Israel), Veith argues that the Bible already sets the bar for exiled Christians in a postmodern; post-Christian world.

Daniel’s example is one of steadfastness, submission to authority, ‘respect and courtesy towards his enemy’ (p.103). Added to this is the importance of prayer and community. For the Christian in exile, the ‘application of Daniel 2:17-19 seems to be that Christians in a hostile environment need to seek out other Christians in that hostile environment to support each other in fellowship and prayer’ (p.104)

Vieth notes that the two popular responses of Christians in this kind of environment is often ‘withdrawal5 or compromise’ (p.11). Both are toxic because both acts reject the vocation and intellectual inheritance handed down to Christians. The act of withdrawal contracts Christianity leading to apathy or esoteric elitism.6

Whereas compromise, ‘reinterprets Christian doctrine according to the ways of thinking currently in vogue. This is the way of theological liberalism […] in doing so [Christianity] is changed into something else’ (p.12).

Withdrawal and compromise are inconsistent with Biblical Christian living (Rev.3). Withdrawal denies that the ‘Christian life is to be lived out in our vocations’ (p.104); lived out in the world, not of the world or separated from it. Compromise denies Christ. Is synchronistic and leads to a ‘Christless Christianity’ (p.47).

Daniel prayed, put his trust in God and negotiated with authority. He didn’t withdraw. Neither did Daniel compromise.

Daniel is, therefore, a primary example for how Christians, not only should, but can, live out Mark 12:29-31.7

It’s important for Christianity to maintain its inherent radicalism. Christianity is not simply another cultural institution (p.70) […] Christians must be  informed by a ‘thermostatic’8 education, maintaining heat through both a traditionalist and progressive function, in a profound way, without slipping into idolatry; daring not to make anything made by sinful human beings into a sacred absolute (pp.71-74).9

So that God’s Word is not, and cannot easily be replaced with the reason and words of the creature, ‘Christians must subject any human creation and institution to the most skeptical and critical scrutiny.’ (p.74)10

Through the biblical example set by Daniel, Veith rejects the withdrawal and compromise, either/or. He is confident that ‘it’s possible for Christians to engage the contemporary intellectual world without weakening or compromising the faith […] In order to do this, Christians need to be aware of the contours of contemporary thought’ (p.12).

One of the most effective ways ‘Christians can witness to people today, both to the active enemies and to the far greater number of the ignorant and indifferent, is simply to inform them objectively of what it is that Christians believe’ (p.51)11

Written by a seasoned Christian in the academic world, ‘Loving God with All Your Mind’ is a manifesto for Christians. Veith offers directions for how Christians can still live out the Gospel; live out their vocation, without apology, in love and service, knowing that they are very much in the world, but because of Jesus Christ, are no longer of it. Even in the pagan plurality of postmodernism and the quagmire of morality, fear, insecurity, and indecision, attached to it.

Through vocation, and the deep intellectual heritage, inherited by Christians, withdrawal and compromise are negated.

This tradition of active thought and practical problem solving is a vital ally for Christians fighting against the intellectual trends of the contemporary world…we can and thus be freed from the tyranny of the present, the assumption that the way people think  today is the only possible way to think. (p.109)

In other words, Christians have every reason to stand firm. Therefore, speak truth in love. Be consistent. Be real. Be humble. Be present. Be like Daniel. Live like Jesus.