Last month was Pride Month, so it’s a fitting time to reflect on the last decade and what made it such a revolutionary period in Australia’s history.

Consider just a few of the radical things that have happened…

When you look back, it is unthinkable that same-sex marriage would have been legalised even ten years ago!

The party’s position is very clear and that is an institution between a man a woman.

So why is it that the majority of Australia have shifted their perspective on this crucial political issue?

Pornography has clearly been around longer than 10 years — however, when you consider the inception of smartphones and tablets, it’s clear that pornography has never been more accessible.

What is often not spoken of is the influence that pornography has had on attitudes towards homosexuality, and in particular — same-sex marriage.

Evidence suggests that the increased prevalence and consumption of pornography — particularly those forms of pornography which feature unnatural sexual intercourse — has led many to accept homosexuality as a normative practice.

In a 2016 piece, TIME magazine highlighted that the top three, most-searched-for terms on the world’s largest pornography site were: 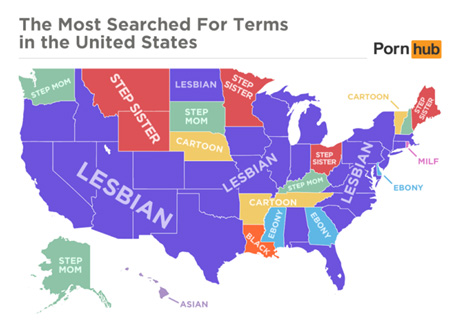 Disturbingly, such an admission reveals that it is not only homosexuality that many are consuming their minds with — it is also debased videos featuring incestual relations.

And when I looked at the evidence, it became clear to me that there is a direct link between pornography consumption and support for same-sex marriage.

A 2013 study revealed that males who consume pornography are more likely to view homosexuality as a normal disposition, and will more likely support same-sex marriage.

As Professor at the University of Texas, Mark Regnerus, wrote:

But what about in Australia?

Well, when you stop to consider that Australia ranks ‘eighth worldwide in pornography consumption,’ and that over three-quarters of our male population watch pornography on a weekly basis, what we observe in the approval of homosexuality really isn’t that surprising.

Pornography not only normalises incestual relationships, abusive sexual relations, bestiality and homosexuality, it turns out to be a major reason why millennials — in particular — approve of homosexuality and subsequently support same-sex marriage.

Of course, this is not to say that pornography is the sole reason people have flocked to vote in favour of ‘same-sex marriage.’ It is clear that for decades, the social fabric of marriage has been consistently undermined by a culture of sexual promiscuity — sparked by the ‘make love, not war’ campaign.

When you consider the many blows that natural marriage has taken over the last fifty years, it’s not surprising to see the fruit of the sexual revolution manifest in the normalisation of homosexuality.

What was once considered a ‘pathological deviation of normal sexual development’ by the American Psychological Association (DSM I) is now considered a legitimate alternative to heterosexual relations.

My feeling is that many have flocked to support same-sex marriage not only to affirm their loved ones who are engaged in homosexual relationships but also in an attempt to deal with the guilt of having consumed homosexual pornography in their private time.

In fact, if the statistics are accurate, pornography has become so pervasive that many who fought for the ‘Vote-No’ campaign have also been seduced by its vices.

All I’m saying is that what appears to be a campaign about ‘love’ may actually be driven by lust.

At the end of the day, #LustIsLust