Update: Google has restored the image and issued a statement.

Google has removed the photograph of Winston Churchill from appearing in search results after ‘Black Lives Matter’ rioters branded the former Prime Minister of the United Kingdom a “racist.”

Noticeably absent from the list is the photograph of Churchill (1951-1955), who is credited as Britain’s greatest prime minister following the defeat of Nazi Germany during World War II.

Ironically, the tech giant has chosen not to give Adolf Hitler similar treatment, opting to retain the photograph of the former Nazi Party leader. 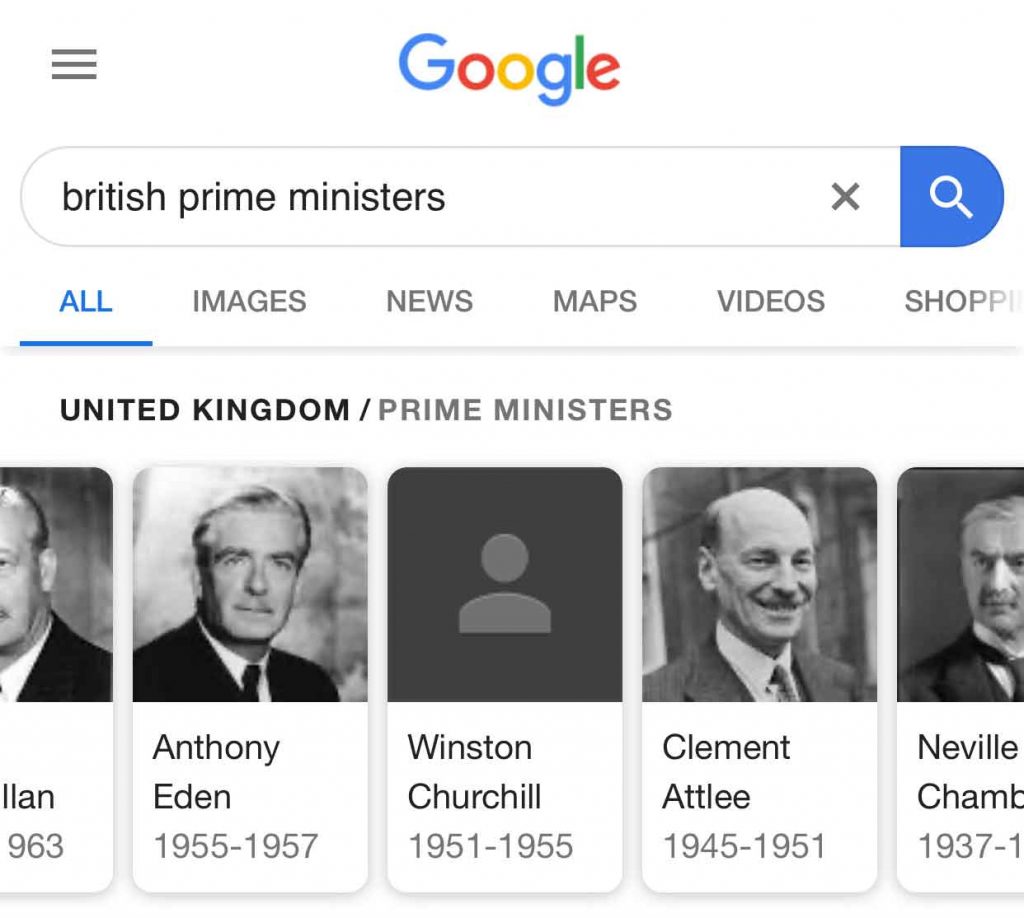 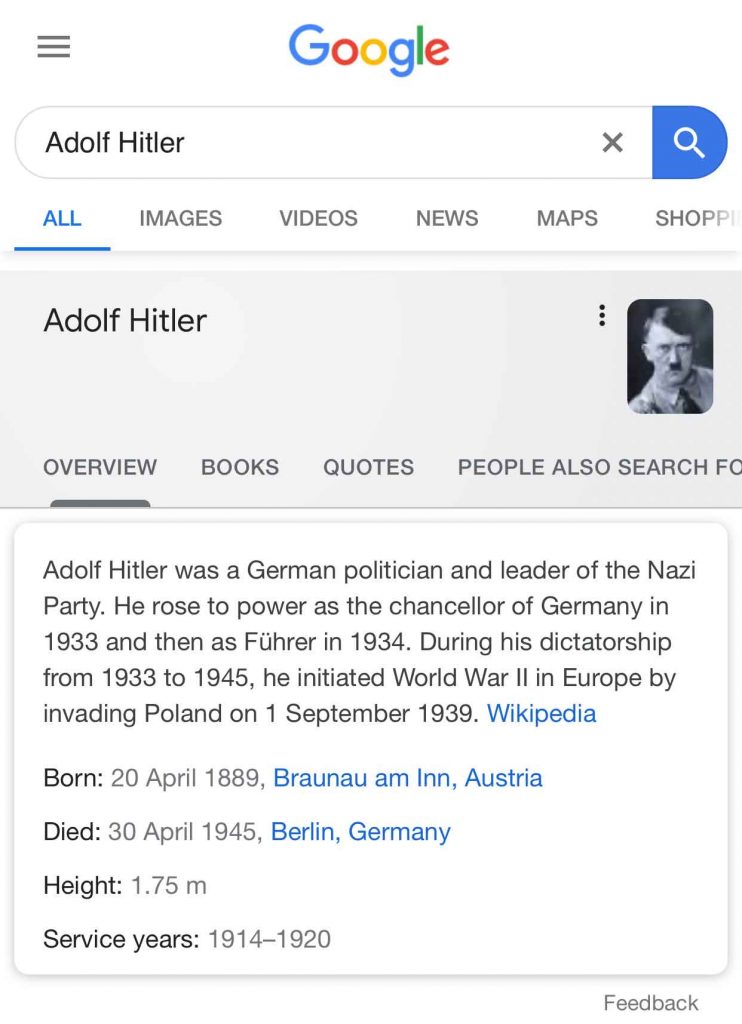