The Facebook overlords have decided to pull all monetization features from Caldron Pool, after the “Media Operations Team” claimed our posts violate Facebook’s Community Standards.

Perhaps we dead-named or misgendered someone? We don’t know, actually. After multiple requests, Facebook refused to say.

Or maybe it was this photograph of French President Emmanuel Macron, which apparently contains “nudity or sexual activity.” 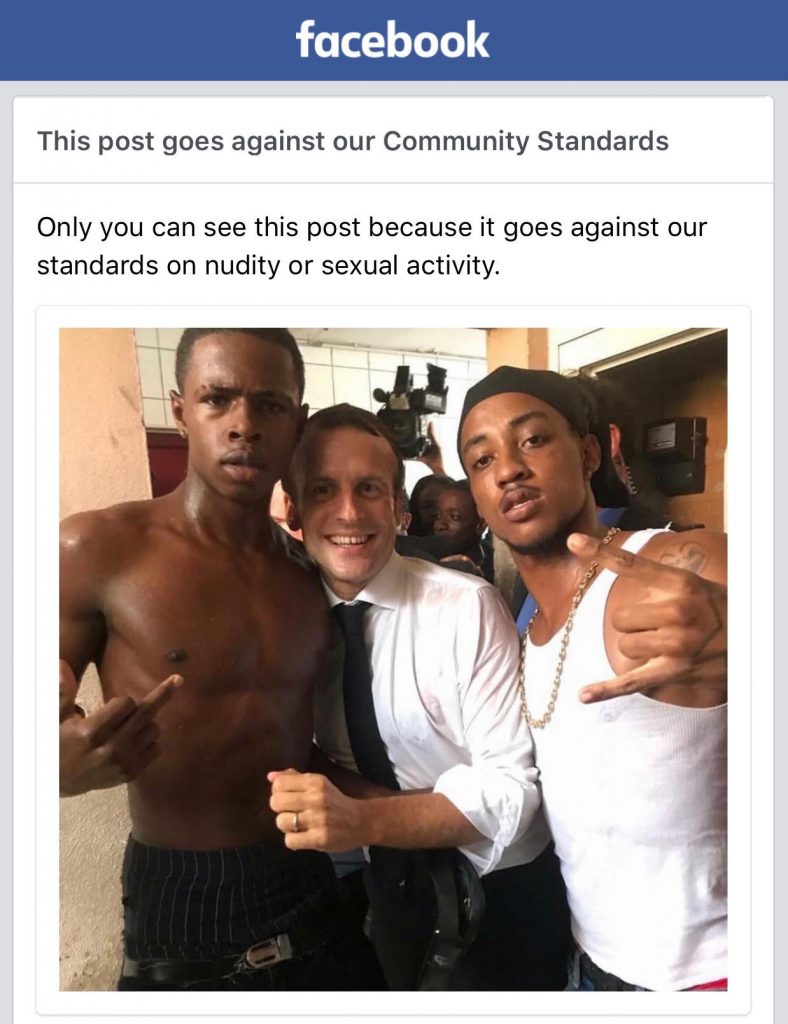 Apart from that, we haven’t had a post removed in a long time so I take it some God-hating leftie simply felt unsafe by one of our articles and hit the kill-switch.

In other news, Laura Loomer handcuffed herself to Twitter headquarters in Manhattan today after the social media site permanently suspended her account. We won’t go that far, but good on her for putting up a fight.