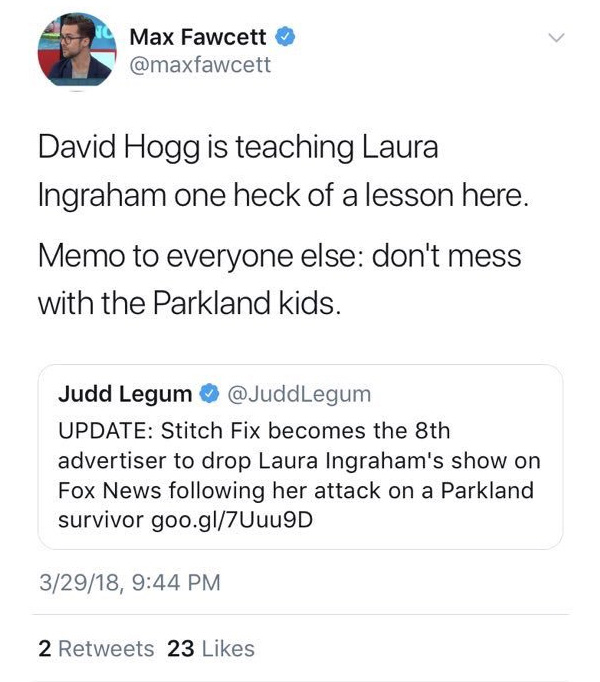 A couple of days later, Parkland survivor Kyle Kashuv tweeted about boycotting Hulu, one of the companies to pull their support of Ingraham. Fawcett responded by calling Kashuv a “fragile,” “cuckservative.” 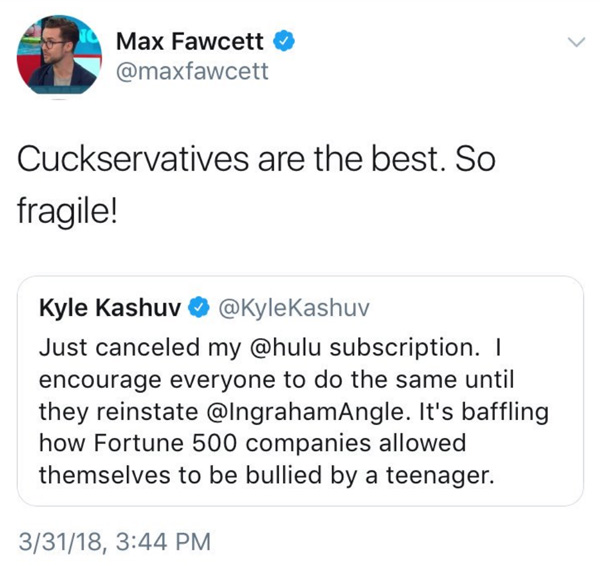 So apparently, you can mess with some Parkland kids… When it was pointed out that Kashuv was also a Parkland survivor, Fawcett played ignorant, claiming to not have known. In an attempt to backpedal, Fawcett welcomed Kashuv to boycott “any darn thing he likes.”

But rather than apologize to the student for the blatant double-standards, he promptly blocked him. 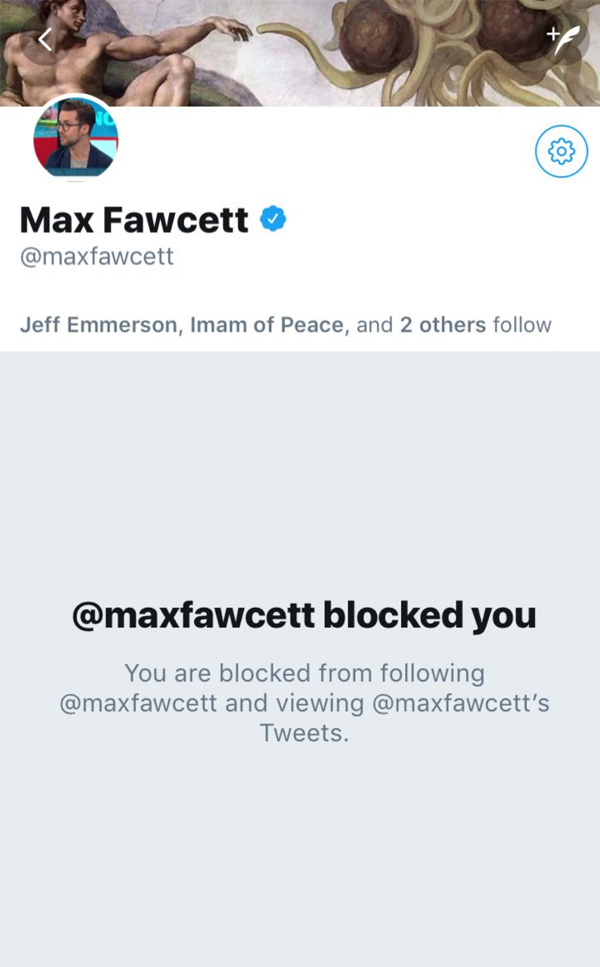