Morrissey, who has since set his Twitter account to private, attached a gruesome image to the tweet, depicting a man shoving a human body into a wood-chipper that was spewing blood.

“Look at the bigger picture,” Jack Posobiec, One America News host, tweeted. “The media is now normalizing the targeting of Christians and children. Where does this end?”

These are the people we pay to entertain our children. Isn’t it time we stopped funding Hollywood? 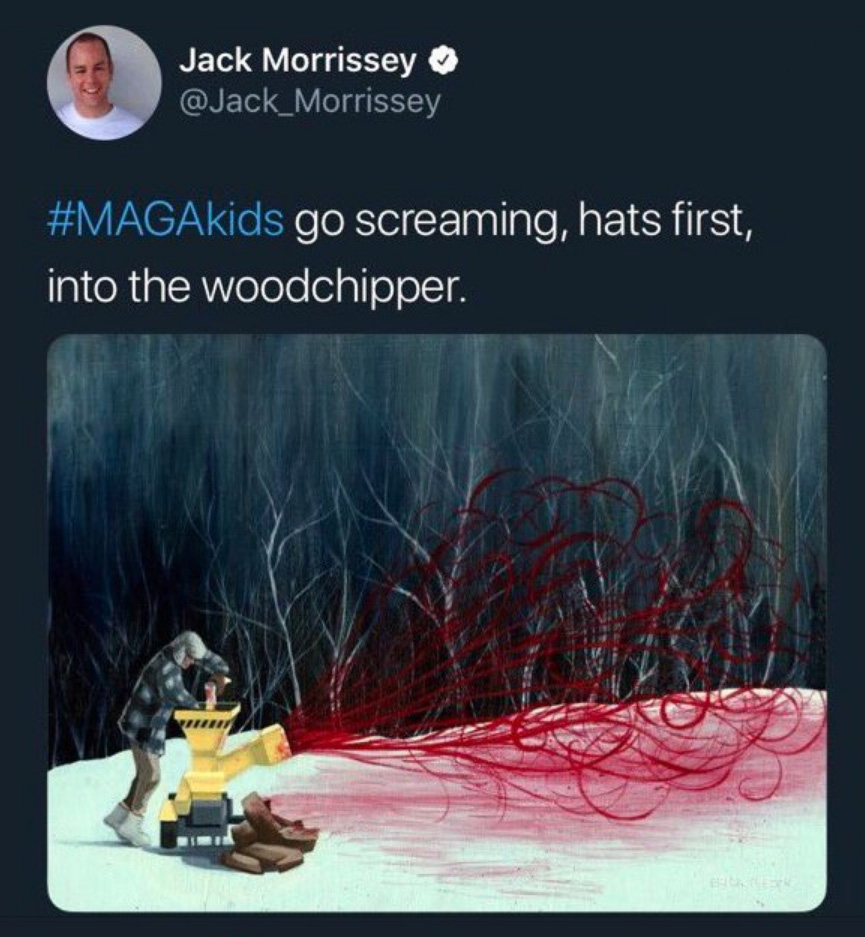