The Muslim organisation that claimed immunity from Australian law, has reportedly been ordered to knock down its illegal compound and stop using the land for religious worship.

According to the Daily Mail, the Land and Environment Court found the sect had undertaken land clearing and earthworks in breach of planning laws and had built structures without approval.

The organisation previously refused access to council officers, reportedly calling them ‘Crusaders’ and an affront to Islam. Founder Mustapha Kara-Ali also refused to appear in court because “he did not recognise its authority.”

They Islamic group now have 28-days to demolish their site. 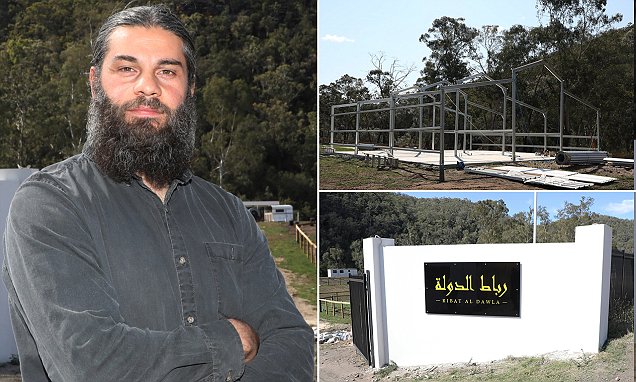 Muslim sect ordered to knock down illegal bush compound
A Muslim sect illegally building a religious retreat in bushland north of Sydney has been ordered to stop work and pull down structures including a shed, a barn and a ramp used for baptisms.
www.dailymail.co.uk