Newtown Fire and Rescue Station has been let off with a warning after putting up a message on their noticeboard that was said to contain “personal and political agendas”.

The statement which read, “House fires are toxic. Our masculinity isn’t” was placed on the station’s noticeboard after the release of the widely criticised Gillette commercial, portraying masculinity as a negative and damaging characteristic in men. 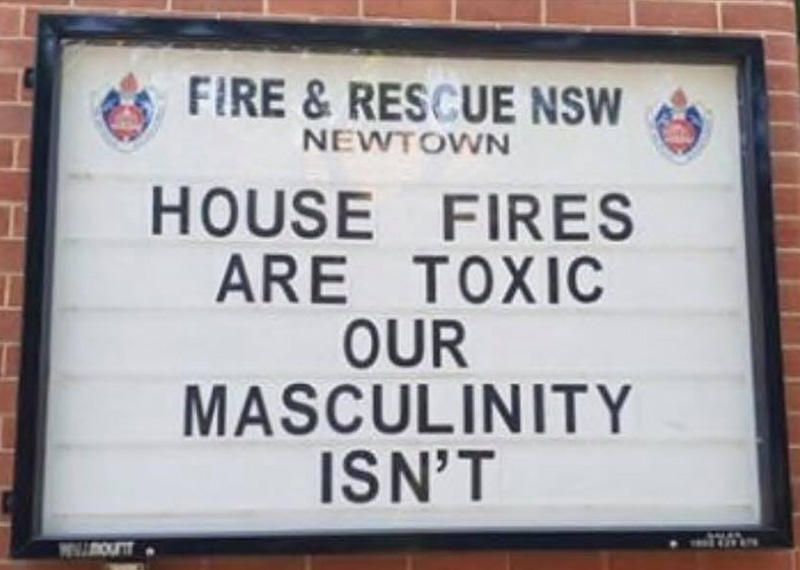 Newtown’s Fire and Rescue is well-known throughout the local and extended community for their outspokenness on particular social and political issues, oftentimes using their noticeboard to convey their message through one liners, such as “Hey Kim Jong Un, in case of Trump’s fire and fury, just get down low and go! Go! Go!”

The station is particularly active on Facebook, often sharing photographs of their noticeboard statements. But it was their defense of masculinity that seemed to spark somewhat of a backlash from perpetually offended feminists.

Prior to removing the post, the station defended their actions saying, “To be clear: Masculinity isn’t toxic. Toxic masculinity is though!” And, “I’m pretty sure that is what we are saying with this sign and associated FB blurb. Have a good one!”

According to the Daily Telegraph, a spokesman for Fire and Rescue NSW issued the following statement: “The FRNSW Community Board posted by our firefighters outside local fire stations are generally for Community Messages and Engagement, but not to push personal opinions or social or political agendas. The reasons behind the message you alerted us to at the Newtown Fire Station had good intent, but on its own, on a public noticeboard, is not considered appropriate.”

So, according to that official statement, the FRNSW Community Board is not to push “personal opinions or social or political agendas.”

With that in mind, are we to expect the following posts will be removed and an apology issued? They sure look like they’re pushing “personal opinions or social or political agendas” to me. 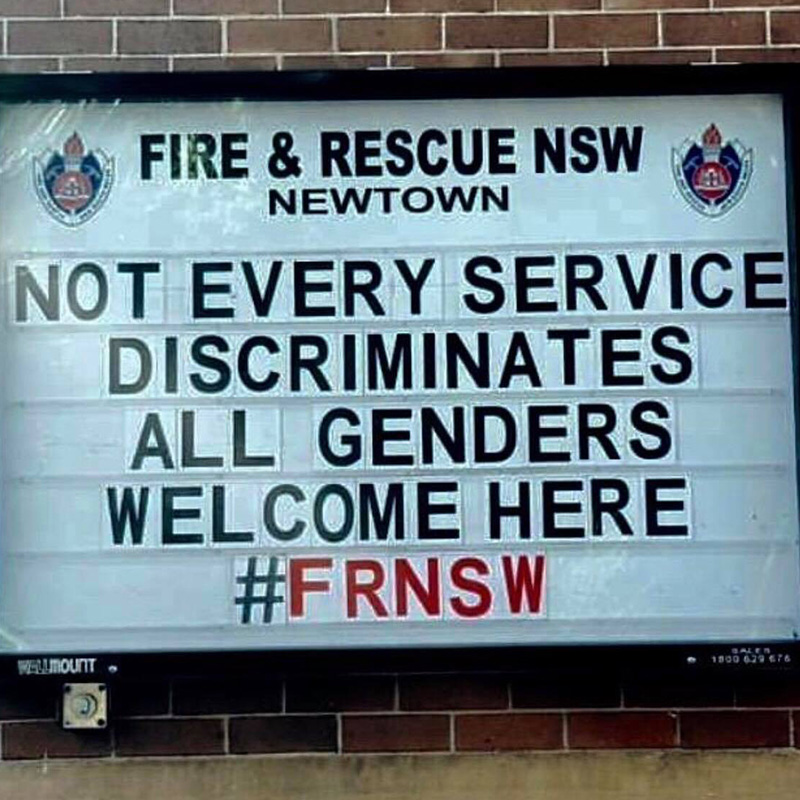 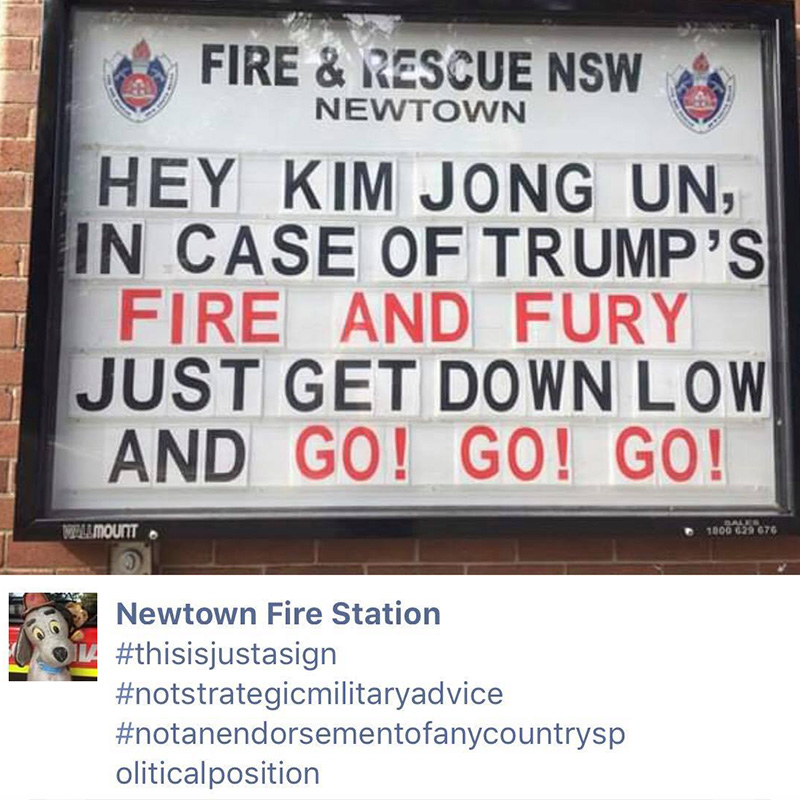 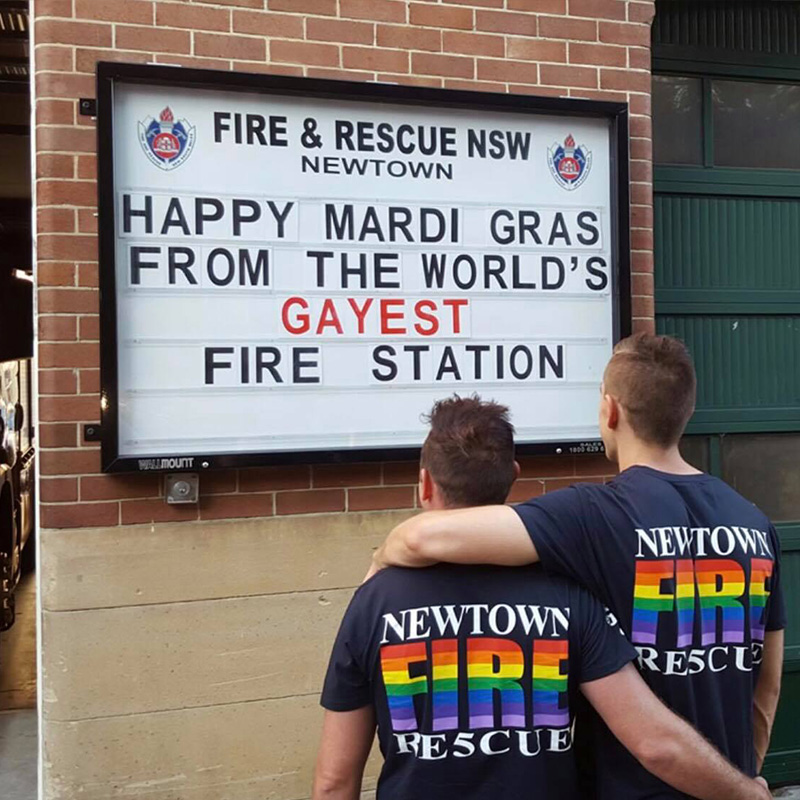 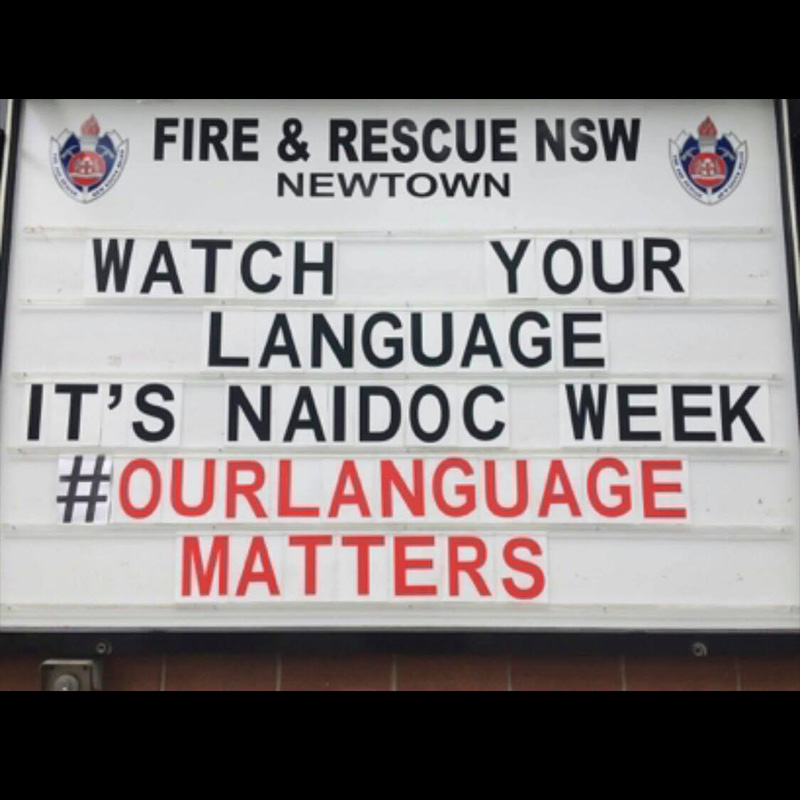 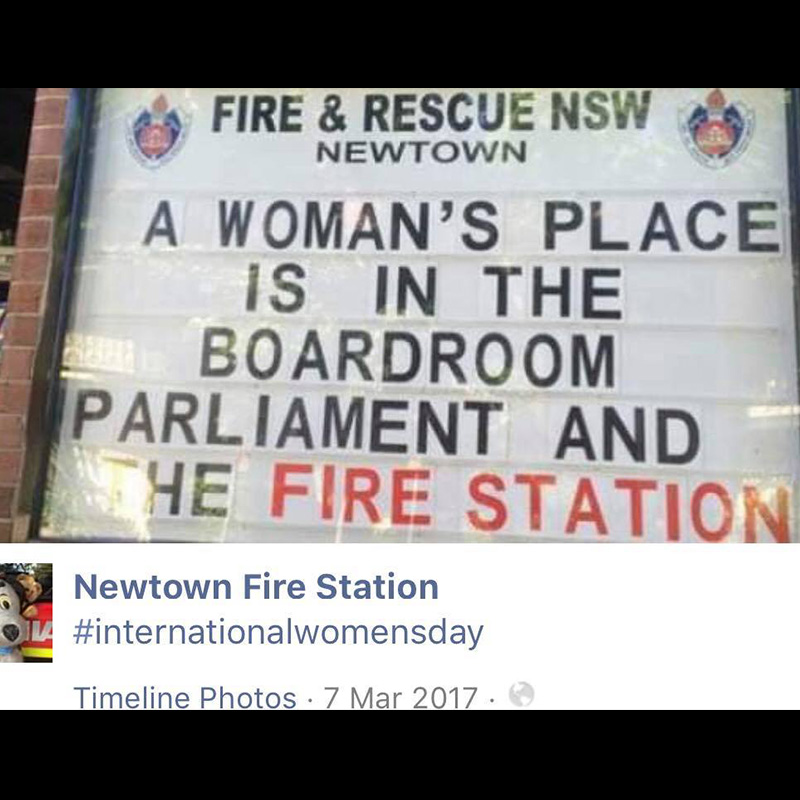 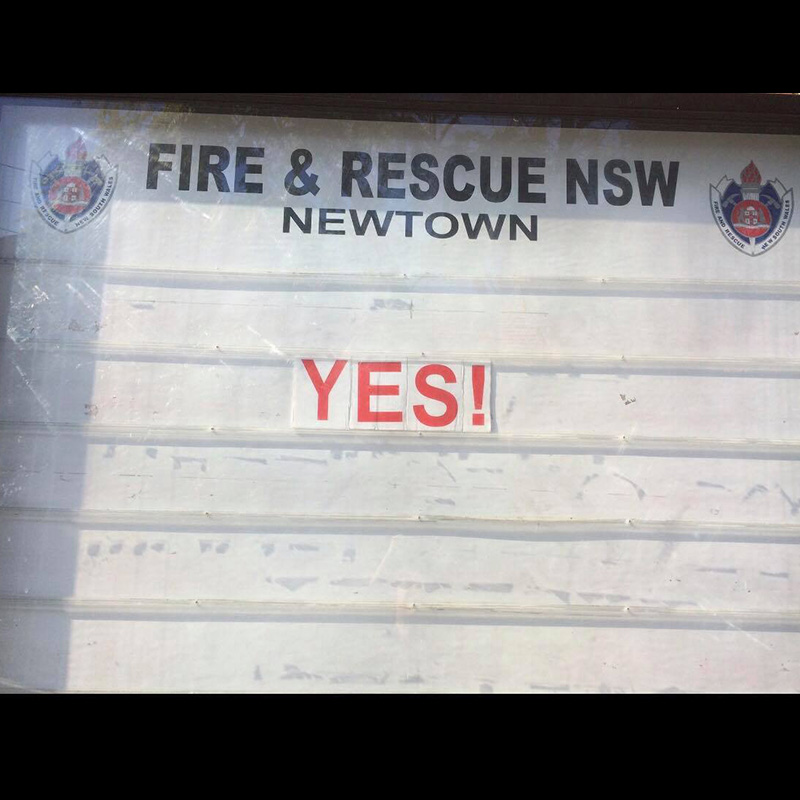 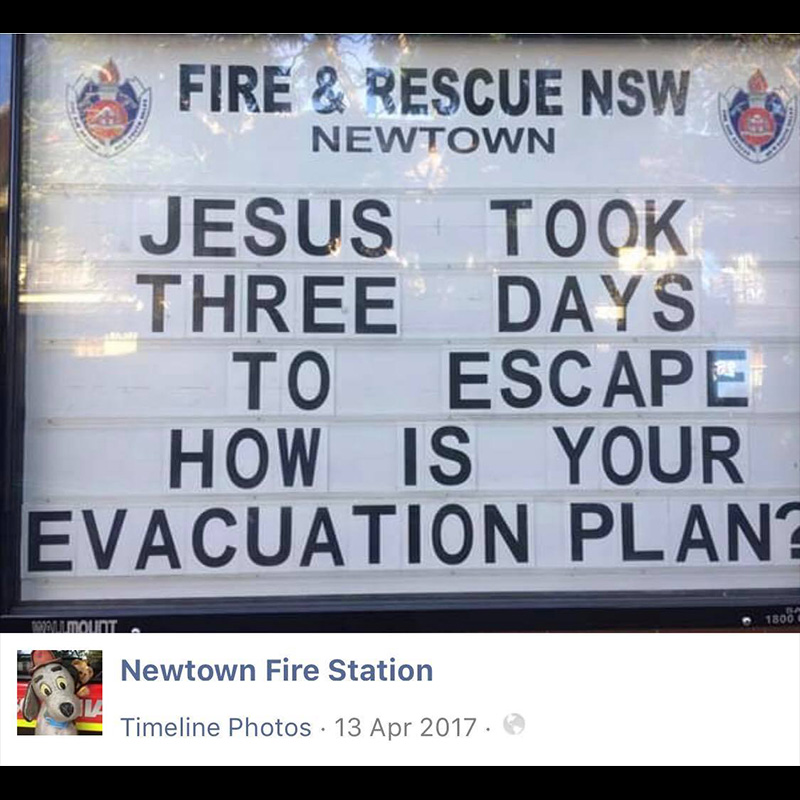 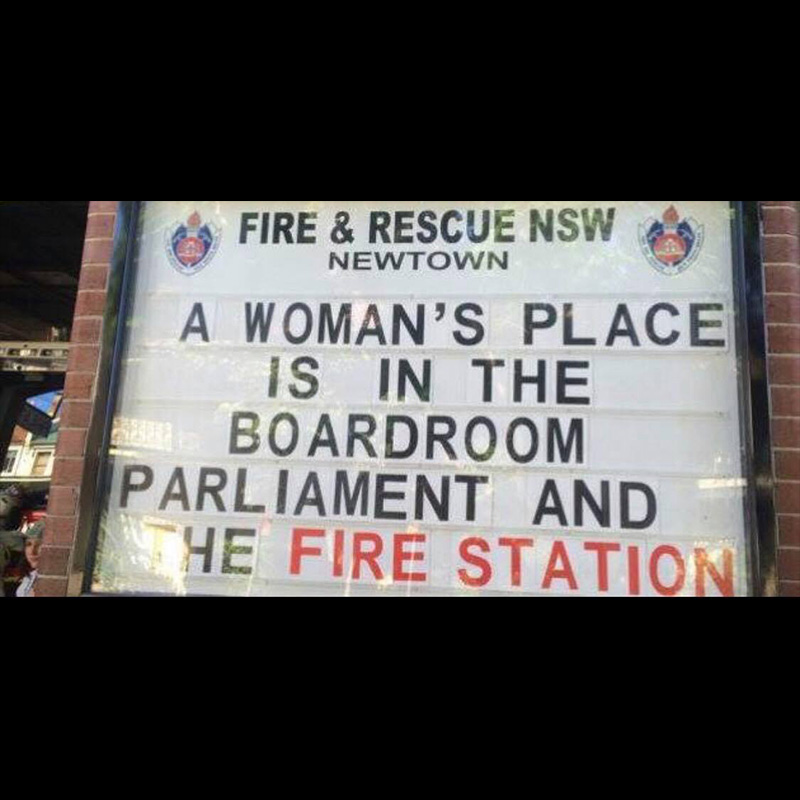 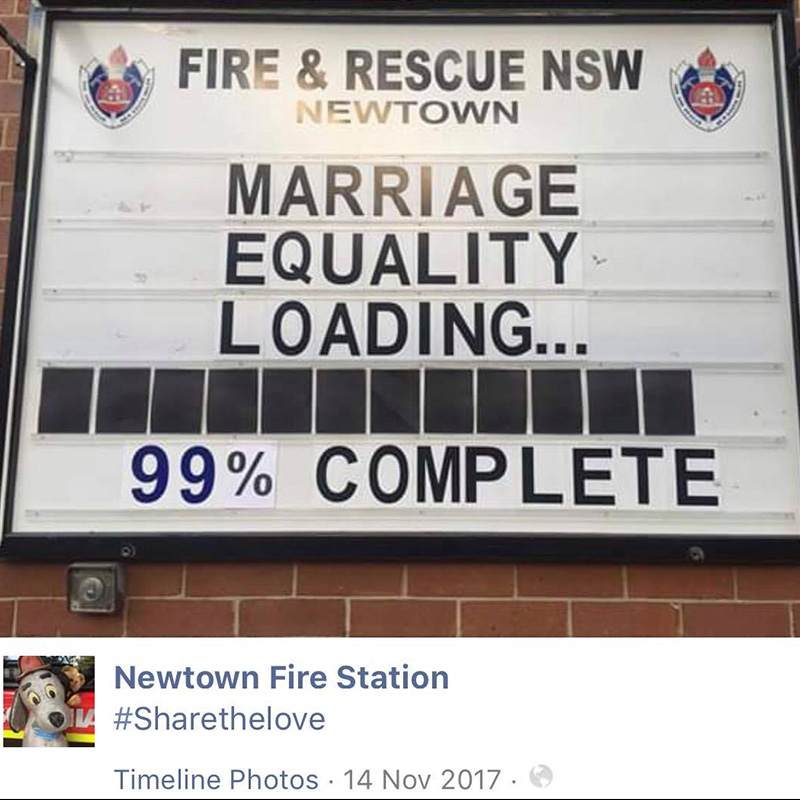 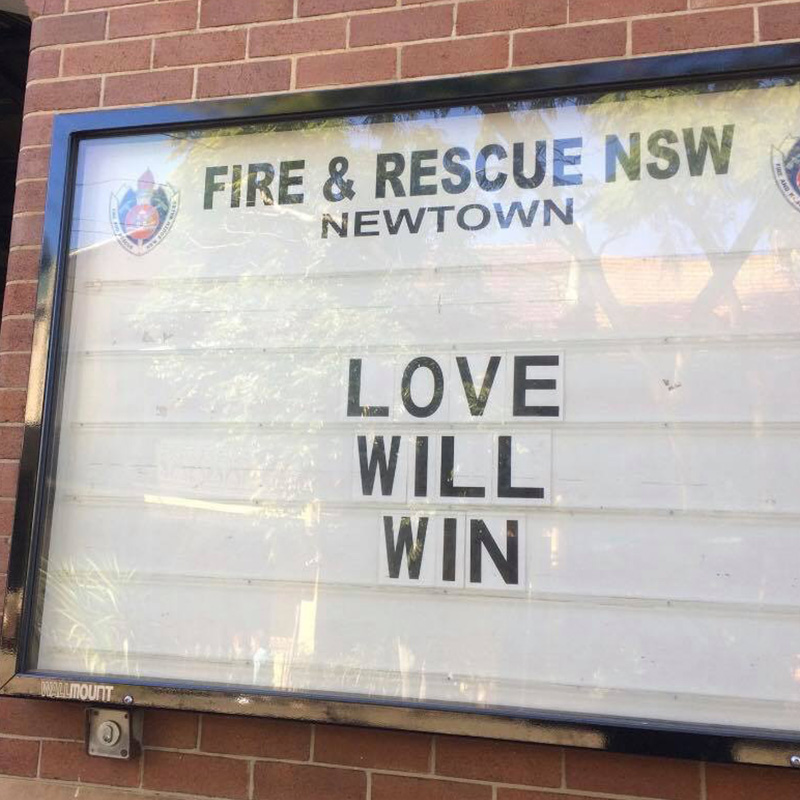 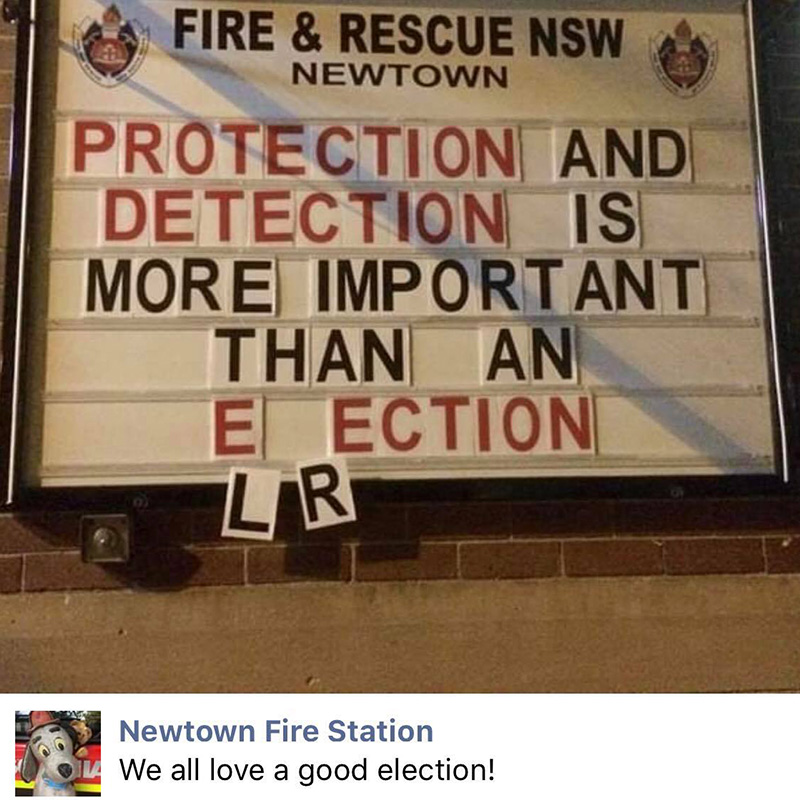 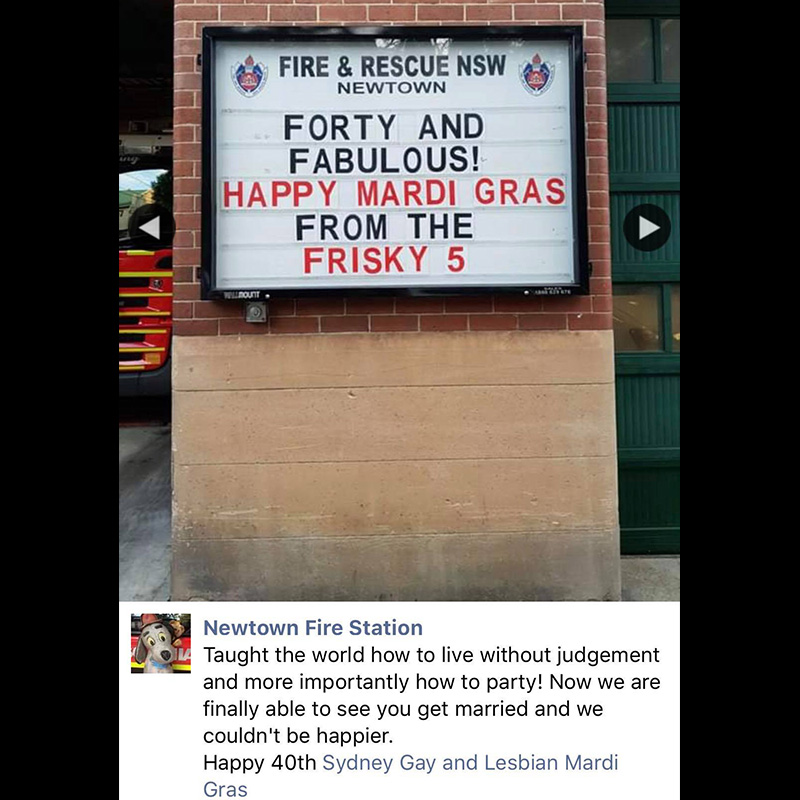 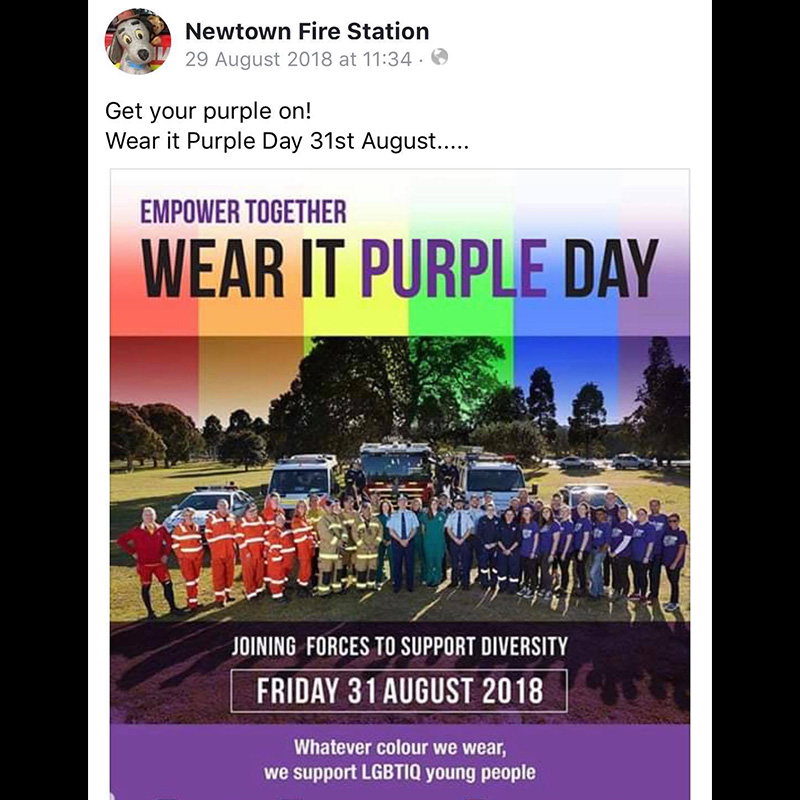 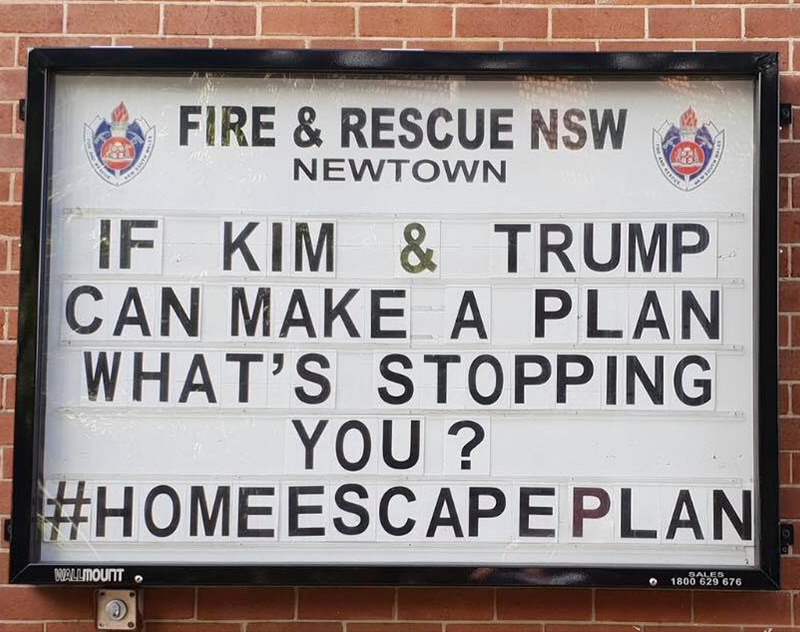 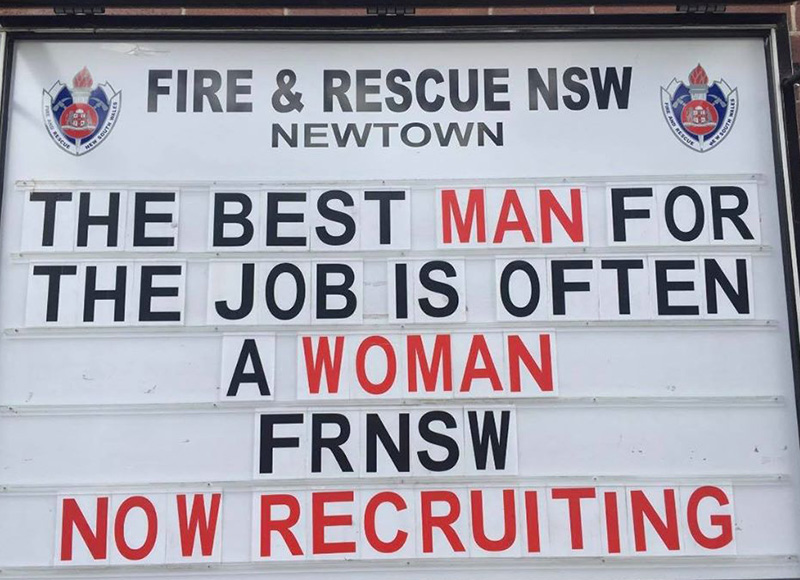 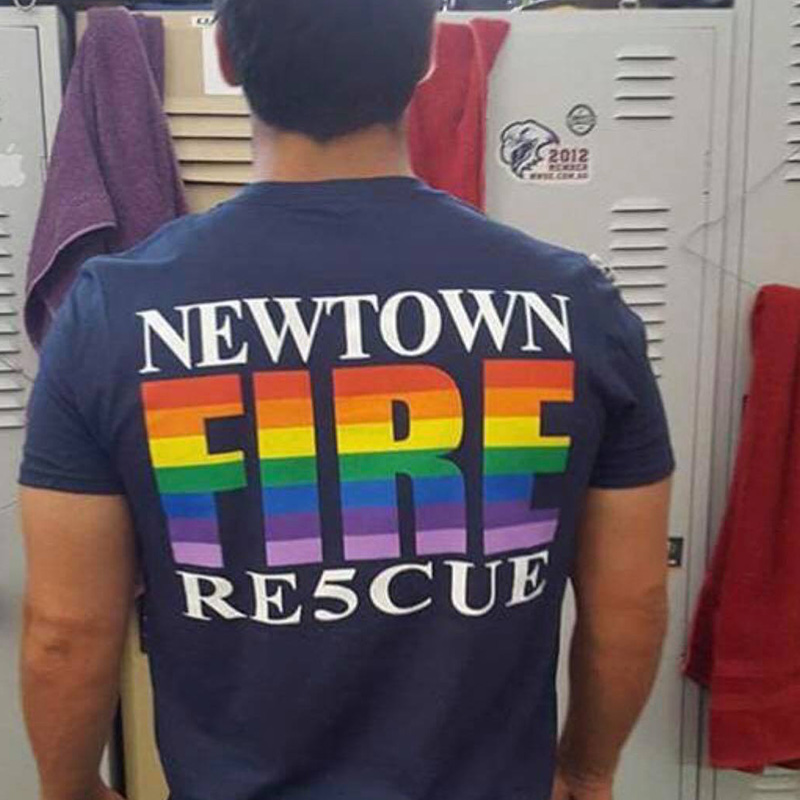 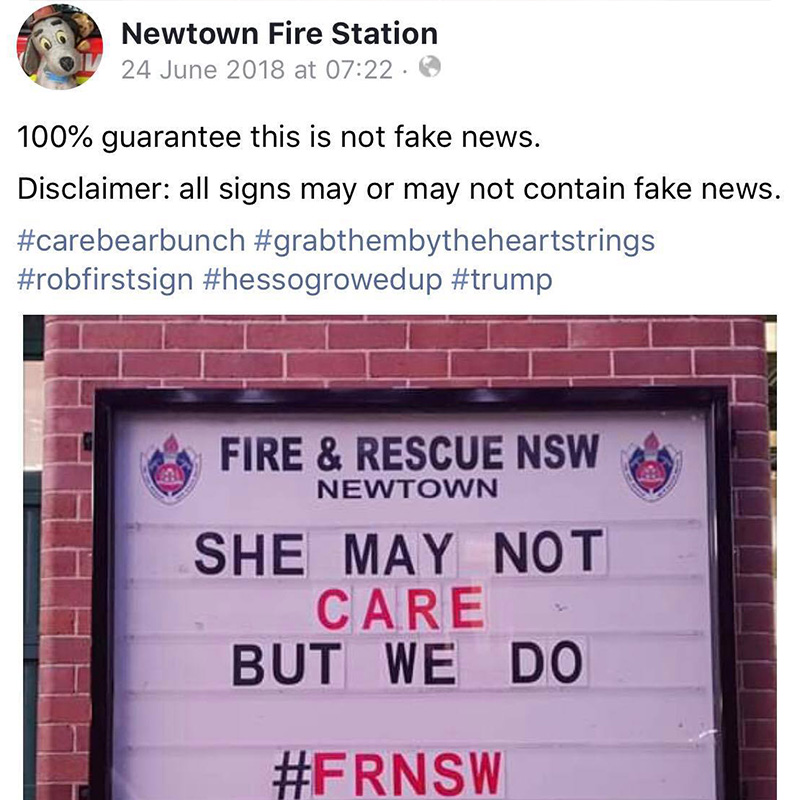 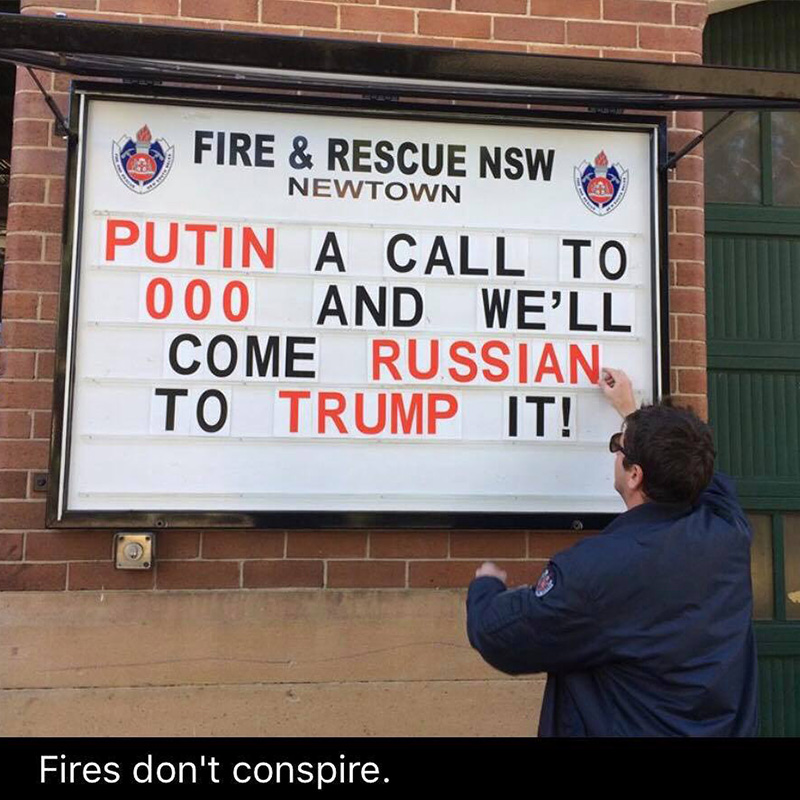 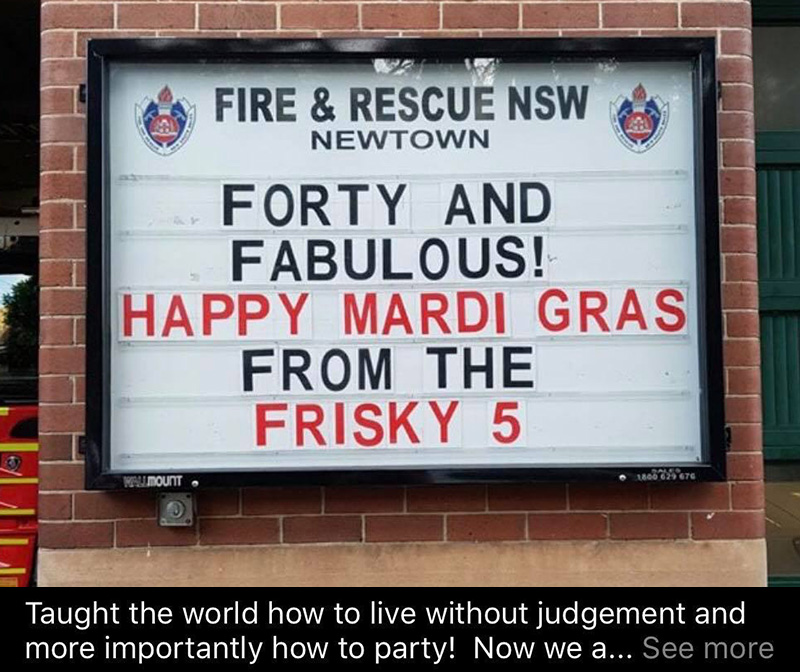