The Sydney Gay and Lesbian Mardi Gras has a growing list of sponsors and business partners. This list includes the NSW Government, City of Sydney Council, ANZ, SBS, Medibank, Qantas, Holden, Netflix, Vodafone, Red Bull Music, The Star, Google, Accor Hotels, Myer, KIIS1605, Cosmopolitan, Australia Post,  The University of Sydney, The Seymour Centre, and the Sydney Opera House. That’s not to mention all of the companies and corporations promoting the event because, you know, everybody else is doing it.

Once again, the “celebration” has been sold as a family friendly event. Even Westfield is hosting a public drag show for their shoppers. The ABC have recently targeted children in particular by promoting Mardi Gras to their young viewers. So, if you plan on attending because one of these mindless corporations told you to, here’s a small taste of what your children will see. Ask yourself, is this something children, or anyone for that matter, should be exposed to? 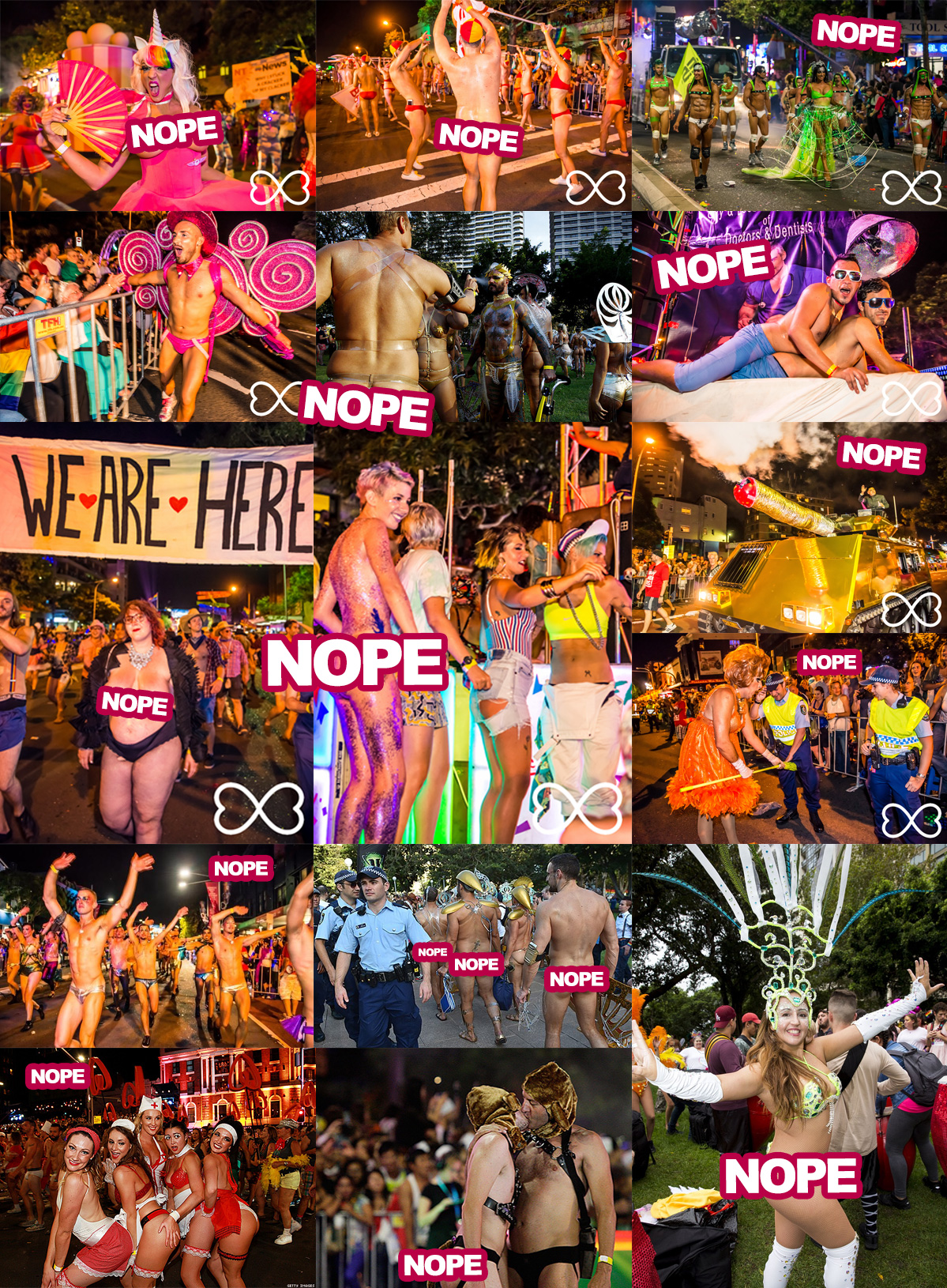